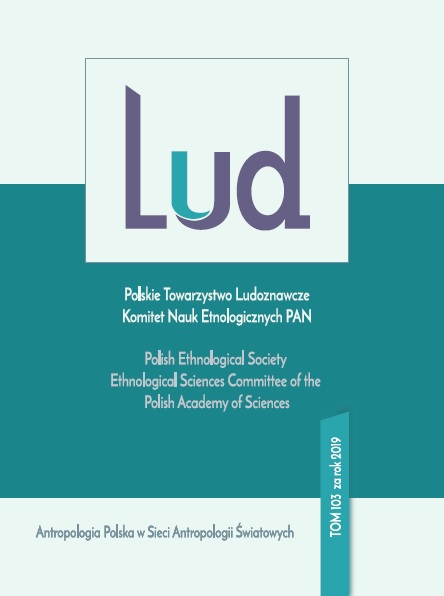 Summary/Abstract: With growing frequency, many digitalization projects aimed at the popularization of various issues concerning the so called traditional culture have been implemented in East-Central Europe over the last years. From 2014 to 2018 at the Faculty of Ethnology and Education in Cieszyn was implemented the project Polski Atlas Etnograficzny - opracowanie naukowe, elektroniczny katalog danych, publikacja zasobów w sieci Internet, etap I / Polish Ethnographic Atlas – scientific elaboration, electronic database, publishing the resources in the Internet, stage I. The Polish Ethnographic Atlas is the only ethnographic archive in Poland the range of which comprises the whole area of the country. The PEA archives are a unique source on the history of rural Poland, collected by ethnographers, ethnologists and folklorists in the second half of the 20th century, however – they are insufficiently disseminated. The presented study is aimed at disseminating the effects of the discussed research project, with special focus on the specificity and possibilities of the unique digital platform of the PEA, which functions as Cyfrowe Archiwum Polskiego Atlasu Etnograficznego / Digital Archive of the Polish Ethnographic Atlas. Currently, there are three collections of ethnographic data available on the platform: the photographs of the PEA (1954‒1971), all published maps (1958‒2013) and the PEA questionnaires on folk collecting wild plants for consumption and healing purposes (1947‒1953) ‒ about 13 200 objects. All collections are worth sharing as they are of particular historical value for people interested in rural culture and are the most typical of the atlas activity. However, a lot of documents collected in the Cieszyn workshop are still waiting for scientific processing. The next stages of the PEA digitalization project involve the plan of providing digital access to the questionnaires on birth, wedding and funeral rituals (about 1000 notebooks), which are most frequently analyzed in PEA collections during the source search.