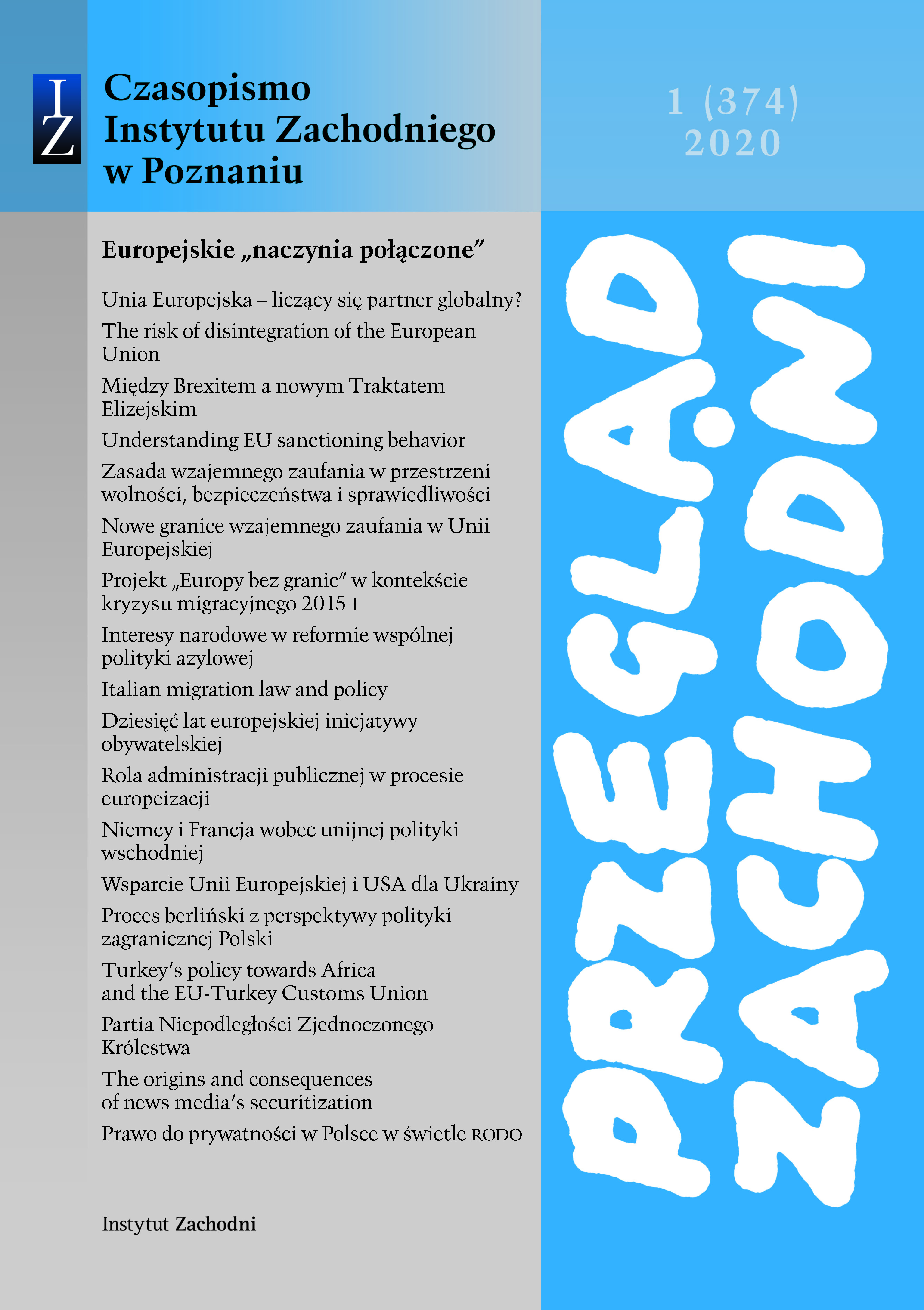 Summary/Abstract: The research goal of the presented article is to analyze the support provided by the European Union and the United States for the reform process in Ukraine and to evaluate the effectiveness of this assistance. We assume that the European Union acts as a system of „connected vessels” and actively supports its own close neighbourhood promoting democratization of its structures and ensuring economic and military security. The time frame of the article covers the period after the Revolution of Dignity in Ukraine, in Kiev Maidan (2013-2014), which led to the overthrow of the then President Viktor Yanukovych and confirmed the European aspirations of Ukraine. The annexation of Crimea and the destabilizing actions taken by the Russian Federation (FR) in Eastern Ukraine (2014) also formed an important turning point, especially with regard to the assistance package provided by the US. This event directly resulted in a significant increase in the scope and amount of support. The final date of the analyzed events is 2019 and the presidential election in Ukraine (held in two rounds on 31.03.2019 and 21.04.2019, respectively), which brought victory to Volodymyr Zelenski. Although this choice meant the consolidation of Ukraine’s pro-European course, the lack of explicit EU’s statement about the prospects of Ukraine’s membership means that in the future this option should not be taken for granted. Due to the character of the research material, the methods used in the article are mainly based on a critical literature review (especially scientific articles) and secondary data analysis (desk research). In the part of the article relating to American military assistance, the basic research material is analysis created in Polish and American think tanks. Due to the time frame (2014-2019) and topicality of the subject, relatively little research material was obtained from literature of the subject, which, however, was a valuable source for the introductory part of the article.