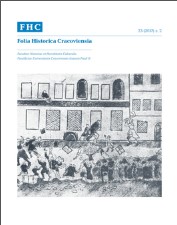 Summary/Abstract: Since the turn of the thirteenth and fourteenth centuries the Lipowiec castle (the municipality of Babice, the district of Chrzanów, Lesser Poland Voivodeship) has played an important role in the history of the Church in Kraków and Lesser Poland. In the following centuries it was not only a fortress and residence of the hierarchy, but also a place of retreat for clergy and an episcopal prison. At the present time – preserved in the form of a permanent ruin – the castle serves as one of the most interesting attractions of the region. Professional historical, architectural and archaeological studies of this property were carried out in the second half of the twentieth century but the historical material obtained in the course of the examination has not been a subject of a detailed analysis as yet. The article presents an analysis of an ensemble of medieval tiles discovered during the study in the years 1967–1974 and includes both technological aspects as well as an analysis of iconographic relics. It also presents evidence that was used to determine the chronology of the ensemble – technological and stylistic analogies as well as information resulting from the stratigraphic position of the given finding. An integral part of the article is an array of prints and a catalog of the discussed objects divided plate-like tiles (group I) and pottery and bowl tiles (group II).