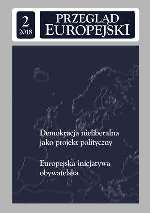 Summary/Abstract: The article analyses the institution of the Senate as one of the chambers of the Parliament of the CzechRepublic. The asymmetrical bicameralism conception adopted in 1992 refers to the solution of the Constitution of 1920. The internal organisation and the manner of work as well as the parliamentary mandate aretypical for a democratic state. The basic function of the Senate is legislation, but the final decisions belongto the Chamber of Deputies. The equalisation of the position of both chambers is an exception. The secondchamber does not have a control function, and the creative function is symbolic. The Senate has becomeestablished in the system of state organs.