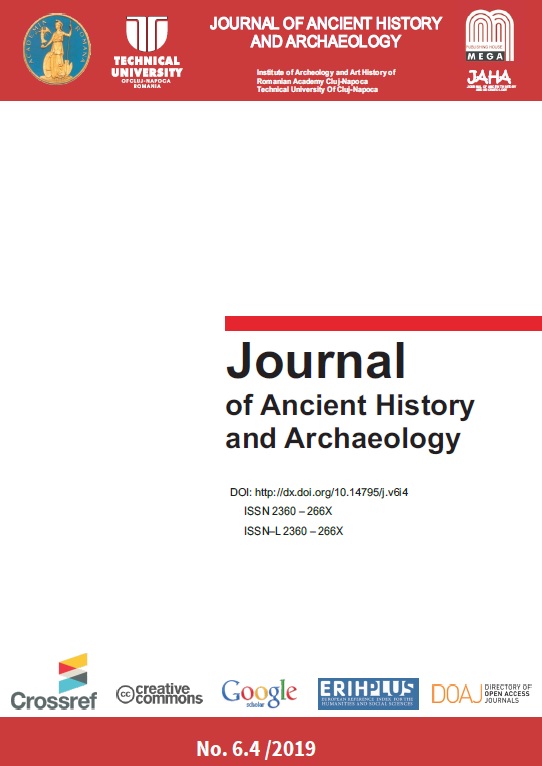 Summary/Abstract: Sarmizegetusa Regia was included, together with other five Dacian fortresses (Bănița, Costești-Blidaru, Costești-Cetățuie, Piatra Roșie and Căpâlna), on the List of UNESCO World Heritage Sites in 1999. They are a unique synthesis of external cultural influences and local traditions in terms of building techniques and overall, in the ancient military architecture, representing the monumental expression of the civilisation of the Dacian Kingdom.These fortresses are the accurate expression of the exceptional development level of the Dacian civilisation during the 1st century BC – early 2nd century AD, Sarmizegetusa Regia lying at the forefront of this fortified complex, epitomizing the evolution phenomenon from fortified centres to proto-urban agglomerations.After 2000, various laws regulated the management, preservation and protection of the monuments listed among World Heritage Sites. Some of their provisions have never been applied or abided by. Unfortunately, currently, only Sarmizegetusa Regia has a legal administrator, the other five remaining un-administered.There is no management plan for any of the six fortresses and they have no managers or administration plans. Except for Sarmizegetusa, there are not even short term strategies for the other five fortresses that would solve urgent matters. They are not even protected 24/7. The single Dacian fortress within this fortified complex that benefits of security services 24/7 is Sarmizegetusa Regia, which is under the administration of the County Council of Hunedoara. Subsequent to these measures, the phenomenon of archaeological poaching and deliberate destruction disappeared entirely from the area of Sarmizegetusa Regia. Not the same may be said for the other fortresses, where destruction and vandalism actions and archaeological poaching are still often found. In most these fortresses, there are buildings in ruin and walls dislodged in several portions. Access roads to some of these Dacian fortresses are inadequate, while vegetation in these not administered sites conquered the monuments. The poor situation in these fortresses is due to the fact that nobody administers them. The legal status of the land on which said monuments lie was not clarified to date either, and they remain not registered in land registers; the lands were not recorded in the cadastre; the owners of the right to administer the UNESCO remains were not established; the monuments and protection areas were not included in PUZ (regional Urban Plan) and PUG (General Urban Plan)type documentations of the administrative-territorial units within whose range respective monuments lie, there are no documentations for the draft of large feasibility studies for each fortress.At Sarmizegetusa Regia, things have changed for the better in the last 6 years, while discrepancies between this site and those which remained not administered are increasingly visible. The Administration of the historical monument Sarmizegetusa Regia was set up, constant security/surveillance, video surveillance were provided, a consulting Scientific Council was created and a regulation for visiting the site was drafted and implemented. Visiting routes were set up and explanatory panels with texts in Romanian and English for each monument set up, while at the pavilion by the entrance into the site may be purchased adequate informative materials. There were introduced audio guides in Romanian and English with much information on the monument and its history. The road that ran to Sarmizegetusa Regia was modernised and the County Council of Hunedoara funds the archaeological excavations. Survey measurements of the site were completed as did the documentation for the approval of intervention works (DALI). Furthermore, the issue of the sick trees on the sites’ surface, which endangered visitors, employees as well as important parts of the monument, was partially solved. Because the efforts of the research team were also implemented a series of projects which facilitated the access of the heritage from Sarmizegetusa and the other Dacian fortresses on the List of World Heritage Sites. The efforts of the County Council of Hunedoara and the Site Administration made the site appear clean, constantly maintained, regardless the season, thus reaching some of the standards that UNESCO sites must comply.Past all these positive things, there are aspects that still require remedy. Among, count the dislodgement of the constructional blocks and elements on certain portions of the fortification walls, the pentagonal tower or the poor state of the Roman baths. To these add the lack of management and administration plans, yet also the lack of drafting and submitting projects for accessing European funds designed for historical monuments.There is obviously still much work to do, and one may not speak of perfect administration or a model of solid administration at Sarmizegetusa Regia. Nevertheless, we are confident that year by year, any dysfunctionality will disappear, the errors and failures will become increasingly few, despite the site complexity, while the gathered experience and efforts of those involved for the good of this monument will multiply.