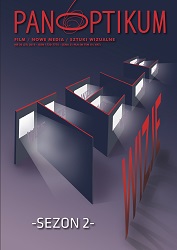 Summary/Abstract: In the second half of the first decade of the 21st century, affirmative images of homosexual men began to appear in both Polish cinema and drama series. Several factors contributed to this, including the “influence of the West” after Poland had joined the European Union. Driven by socio-political changes, the improvement of gay men’s media image can be observed on the example of the male character of the Polish soap opera M jak miłość (L for Love) – Grzegorz. In episodes produced in 2003, Grzegorz is an secondary, definitely negative character and represents a serious threat to the heteronormative social structure. Two years later, in 2005, Grzegorz appears in M jak miłość again, this time equipped with positive features: generosity, unselfishness, patience, sensitivity. He implements the “gay best friend” stereotype – is a friend of one of the female protagonists, also becomes a victim of a homophobic attack. However, same like the negative image of homosexual men, the positive image constructed in opposition to it is a sign of a social problem.