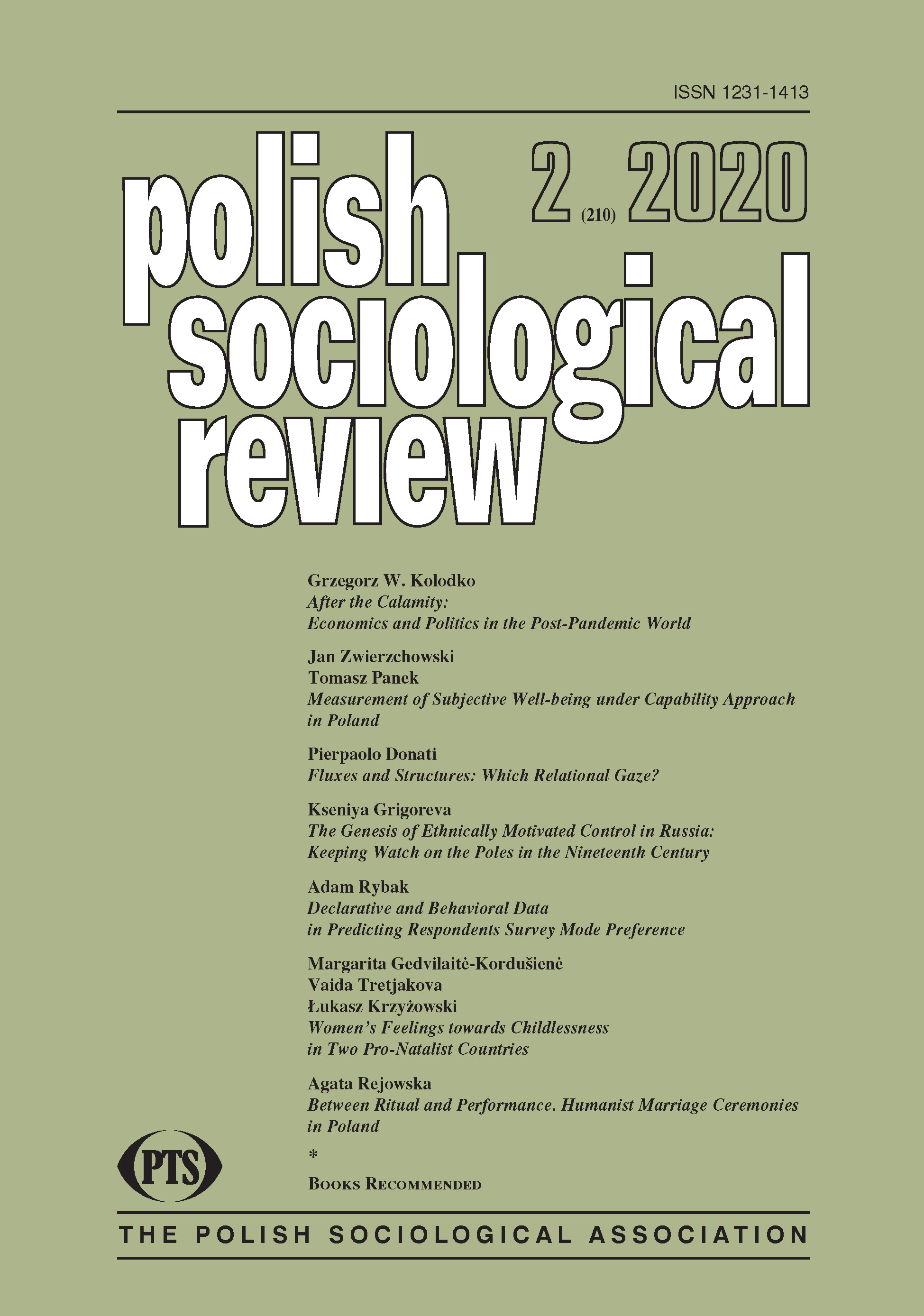 Summary/Abstract: Poland is currently experiencing a growth in the number of humanist marriages: strongly individualized,mostly secular unions. So far, the described phenomenon has been analysed mainly through the prism of manydifferent dimensions like secularity, class stratification or the resistance of minorities against the hegemony ofthe Roman Catholic Church. It seems that the nature of humanist ceremonies has been taken for granted, and thatresearchers, in their analyses, merely considered these to be rites of passage. In this paper, I ask questions not onlyabout the content of the ceremonies, but also about their forms. I consider these two elements as integral. I putforward the claim that humanist marriages are a hybrid phenomenon, and thus the category of ‘social performance’added to the category of ‘ritual’ opens up new analytical tracks and enables, to a greater extent, a more preciseidentification of the innovative character of these ceremonies.