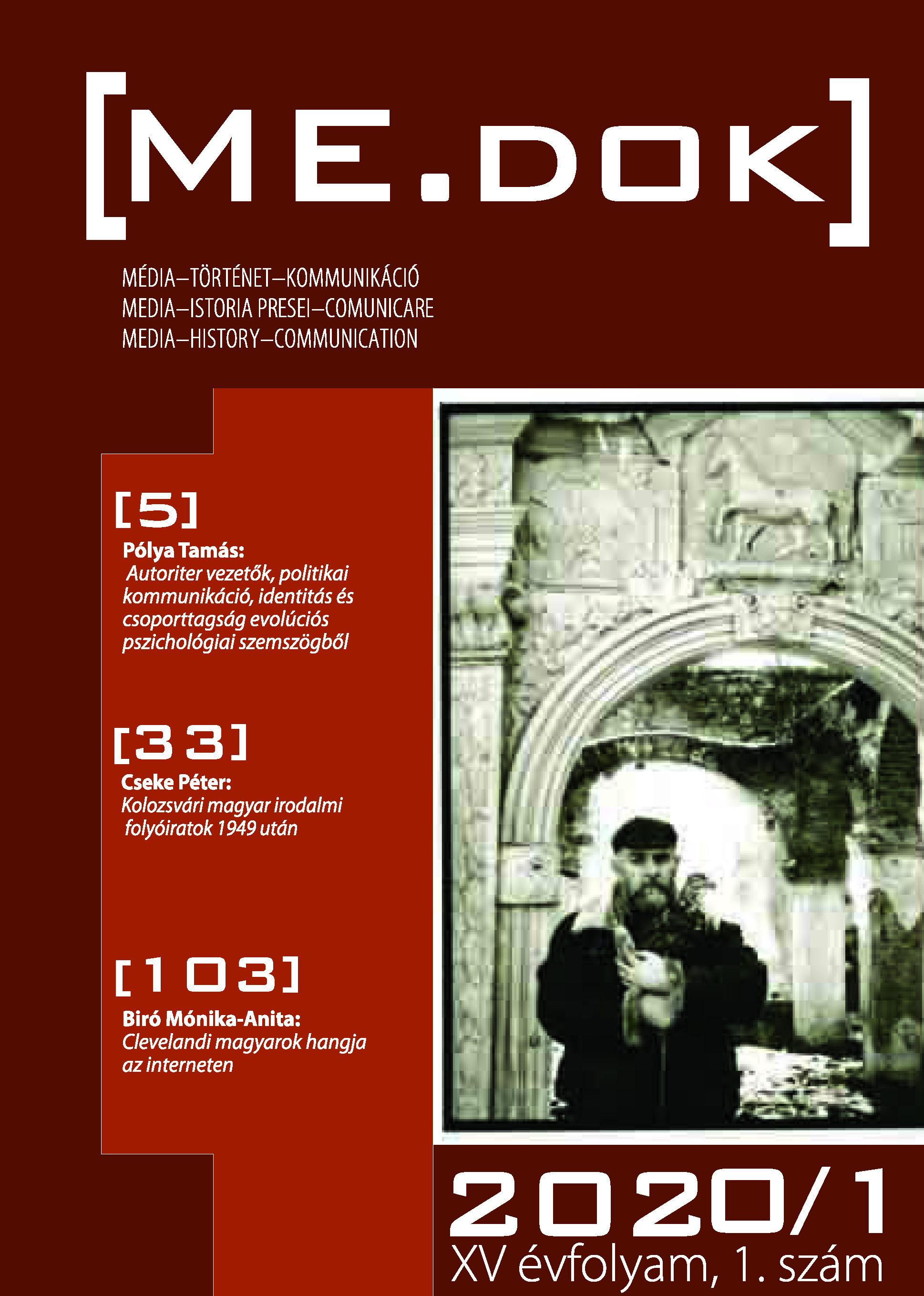 Summary/Abstract: The most eff ective way to get to know a nation is to get an insight into its culture, and to observe and interpret its features.This also applies to an exotic minority from Orient such as the Armenian nation. In my research, I examine the press-appearanceof Armenian culture in the light of Armenia, the most prominent Hungarian-Armenian periodical of the 19th century. The partof my sample is the fi rst two years of the magazine’s: the publications from 1887 and 1888. The resulting database wasanalyzed by quantitative and qualitative content analysis. My preliminary assumption is that Armenia in the 19th centurywas a mediator and distributor of Armenian culture of the 19th century, and this has been proven. As well as my hypothesis,that this magazine was a product which served as the intellectual coordinator of the Hungarian-Armenians and mostly of theTransylvanian Armenians.