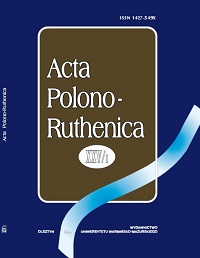 Summary/Abstract: The article discusses iconoid text as one of the new types of texts created and functioning on the Internet. Since the main components of iconoid texts are memes, the concept of an Internet meme is clarified. It is emphasized that the interest in the study of memes is immense, but at the same time, memes and the memosphere are understudied. It is pointed out that scientists attribute to Internet memes the features of memes that Richard Dawkins highlighted in his book The Selfish Gene (1976), but many Internet memes do not bear those traits. When clarifying the concept of an Internet meme, several features of memes are taken into account. For example, that memes are used not only in virtual reality, but also in real life; that memes can be created with and without a template; that memes can be pictures, words, signs, etc.; that memes can contain other memes, and can also be animated. The presented general typology of Internet memes divides them into visual, audio and audio-visual categories. A classification of memes with a visual and a verbal part, which are called the iconoid and the texton, is presented. The introduction of these concepts is vital for an accurate description of the main components of memes. Earlier, Katarzyna Marak emphasized the fact that there is no vocabulary for the exact description of memes. The main functions of the clip iconic text, i.e. relaxing, interactive and cognitive are accentuated. The general and distinguishing features of the clip iconoid text and music video clip are highlighted. The work reveals the mechanism for creating iconoid texts and identifies their specifics and describes their main characteristics.