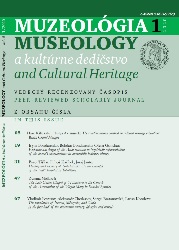 Summary/Abstract: This paper examines the lifestyles and morals of certain Georgian tribes in the Northwestern Caucasus. The focus is on tribes such as the Imeretians, Mingrelians, and Gurians. The authors draw upon a 13-volume work entitled Acta of the Caucasian Archeographic Commission, as well as a pool of materials from Russian ethnographic expeditions compiled into a work entitled The Peoples of Russia. The authors conclude by stating that adjoining areas in the western part of the former Georgian kingdom were home to three Georgian tribes, which were very much alike: the Imeretians, Mingrelians, and Gurians. These tribes formed a sort of enclave, as many of their national traditions echoed those of their neighbours. Yet each of their traditions also contained features that were exclusive to one ethnicity alone, making the population of these tribes unique in their lifestyles and customs. Having said that, the tribes’ neighbours, such as the Abkhaz, Circassians, and Khevsurs, had lifestyles and customs that were similarly typical of their specific particular ethnicities alone.