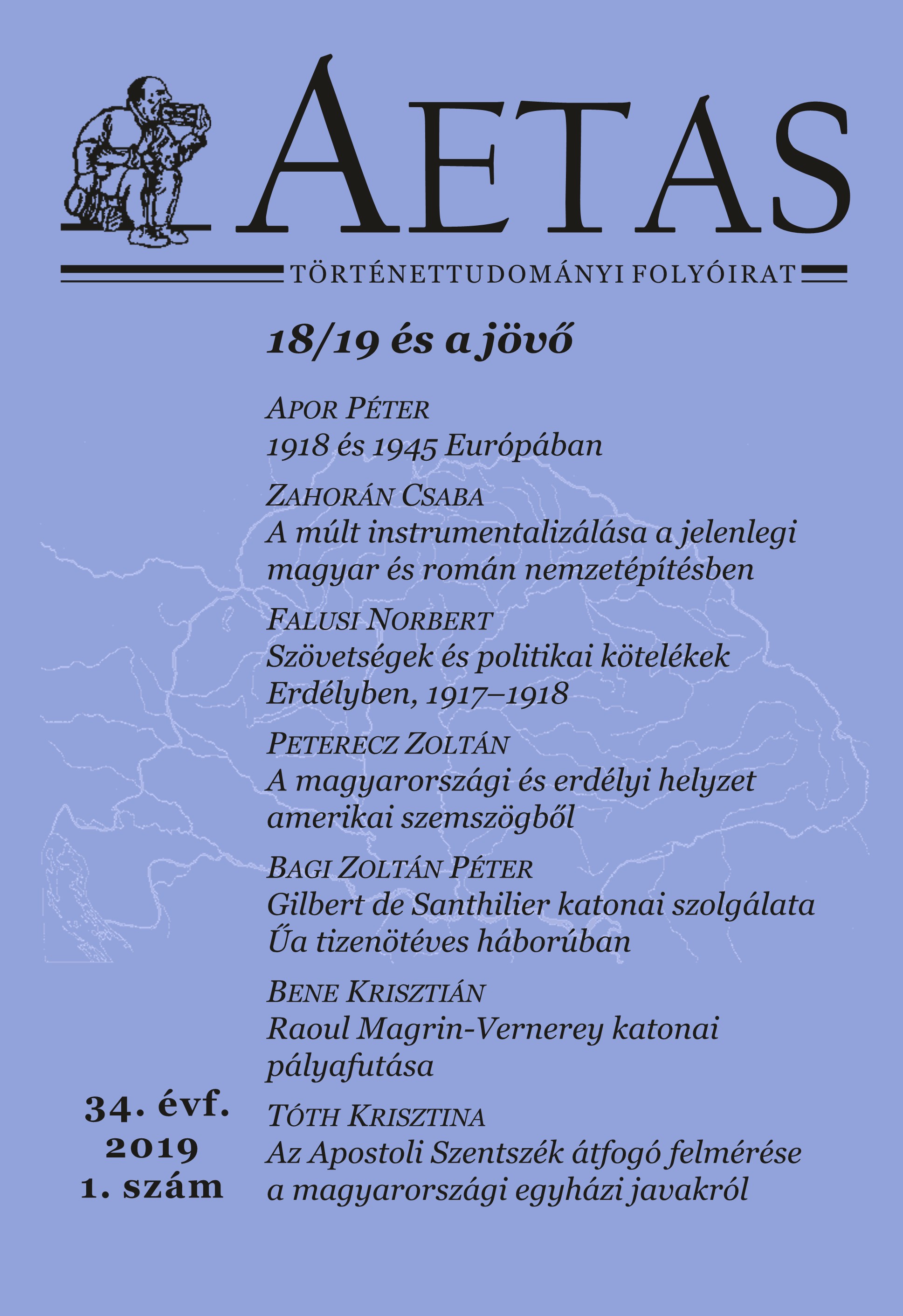 100 éve történt: A magyarországi és erdélyi helyzet amerikai szemszögből – 1919. január–február
One Hundred Years Ago: Hungary and Transylvania Through the Eyes of an American Officer in January-February 1919

Summary/Abstract: The one hundredth anniversary of the end of World War I and the subsequent peace negotiations inevitably get in the historically limelight. In this fashion, this article will deal with American involvement in Europe, but especially in Hungarian affairs, doing this in the private realm rather than on the official spectrum. American participation was always on the border of official and unofficial, which statement is even more true in the case of the successor countries in Central Europe. A few Americans visited Hungary during the Peace Conference in various capacities. Although their official work has been to a large degree uncovered by historians, their private work still remains elusive. Hence, the diary of such an American officer will shed light on various interesting angles of the American thinking of the era and the relationship between American representatives and various Hungarians of the day. The article will introduce Charles Moorfield Storey’s journal, a significant part of which was written during his stay in Hungary and Transylvania in the first few weeks of 1919. Storey was a member of the famous Coolidge Mission, whose headquarters was at Vienna. From here Americans set out to visit and gather information on the various countries in their purview, including Hungary. Based on the diary entries, one can learn about daily work of the Americans at the Paris Peace Conference, the Coolidge Mission, and Storey’s experience in Hungary shortly after the conclusion of the war.