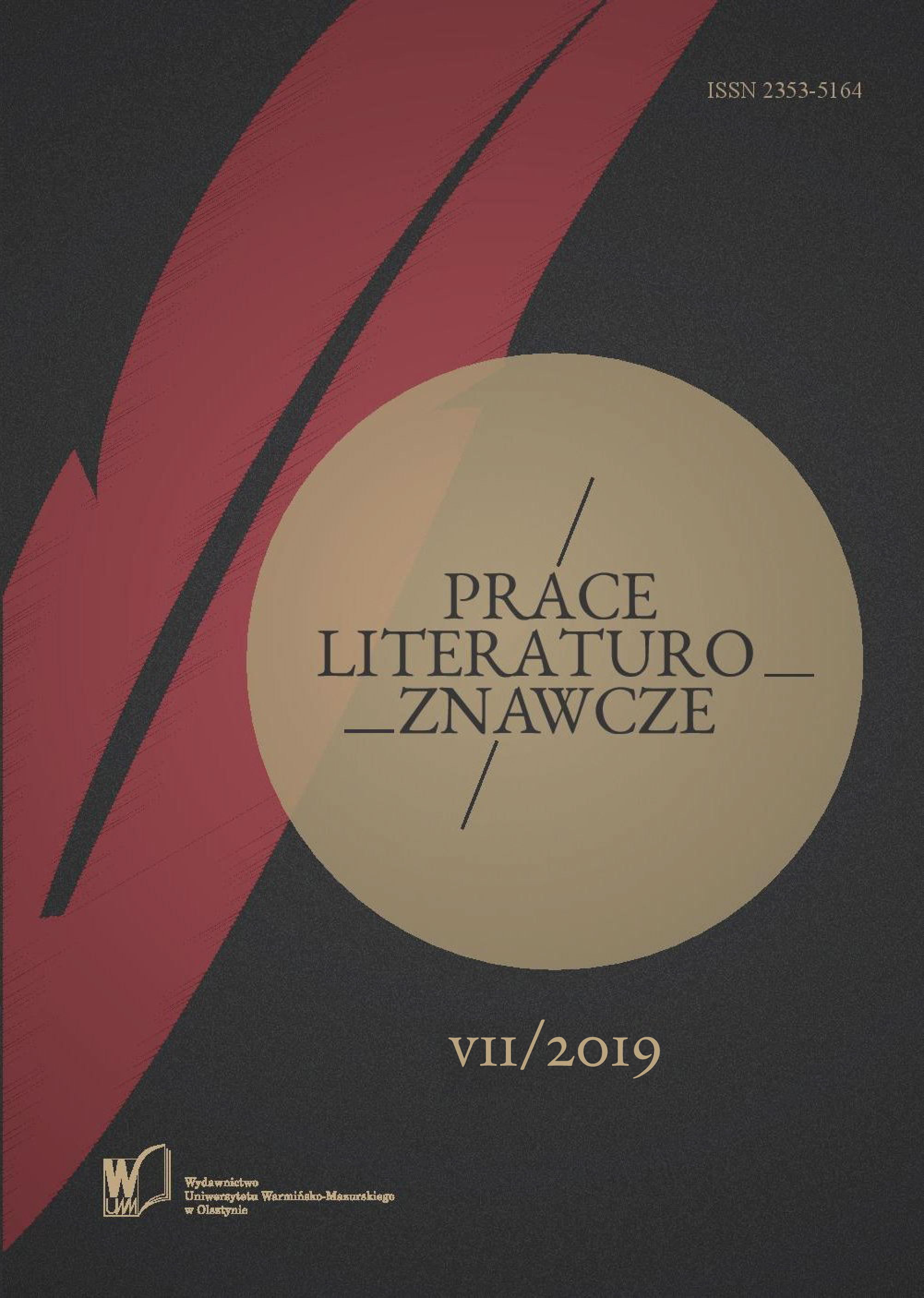 Summary/Abstract: The relation between Kniaźnin’s works (Matka Spartanka and Matka obywatelka) and Mickiewicz’spoem Do matki Polki is sometimes portrayed as merely the transmission of themes and motifs.This paper argues that it is more complicated than it seems. Although similarities are noticeable,these works are not comparable, since both authors wrote in completely different historical circumstances.The context discussed in this paper is the issue of national consciousness. The land as wellas the state were treated as necessary conditions for the existence of the nation during Kniaźnin’s times, which is confirmed in legal textbooks, dictionaries and literature. However, these factors wereno longer valid during the Romantic period. In this sense, it is Tren IV by Józef Morelowski, writtenin 1795, when the Third (last) Partition of Poland took place, that may be considered a representativeexample. Women were advised not to give birth anymore, for their children could not be Poles butPrussians or Muscovites. After such a suggestion, a revolution in the consciousness of the societywas necessary in order to persuade mothers to raise their children in a patriotic manner.