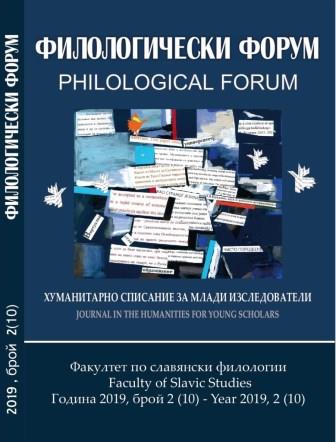 Summary/Abstract: This text aims to present the way in which hygiene and prophylaxis have been conceived in Bulgaria after its Liberation: both as a problem of the newly emerging state and of the Bulgarian literature. After the Liberation in Bulgaria, hygiene and disease prevention have been as important as the construction and functioning of the state. However, health laws, projects, reports have proven unable to change the sanitary and hygiene conditions of life in the state, nor the mentality of its citizens. From this point of view, it is possible draw comparisons with other peoples and countries’ experience, mainly with a view to unifying certain documents. At the same time, in social terms, it is not just a delay we can identify but a lag behind developed countries. Institutionalisation after the Liberation, which also forms part of the sphere of healthcare, can be accepted as a contentious issue as it may be interpreted as a rapid course of external imposition or as a set of concepts and practices against the slow pace of internal change. If non-fiction texts insist on the need for hygiene and prophylaxis, then in literary texts these problems fail to turn into ‘events.’ Commenting on some hygienic and prophylactic practices, Bulgarian literature actually deals in most cases with other things (about what happens to the national body, the socio-economic, political and moral shocks that shake the ‘new earth’), a context in which different moral, ethical and societal problems are encountered.