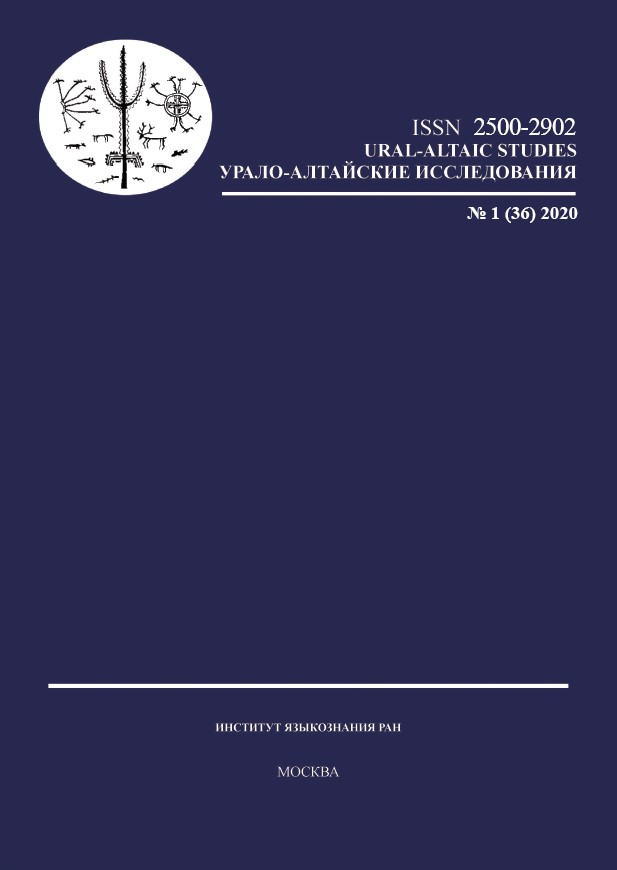 Summary/Abstract: The article presents an analysis of a previously unpublished Mansi dictionary, which was discovered in A. M. Sjögren holding of St. Petersburg Branch Archive of the Russian Academy of Sciences. Its authorship, the place and time of its creation are unknown. The attention can be drawn to the fact that the wordlist coincides with the dictionaries by P. S. Pallas, which were collected in the 18th century. However, in the book by P. S. Pallas “Comparative Dictionaries of all Languages and Dialects Collected by the Right Hand of the All-Important Person” (Saint Petersburg, 1787—1789), these materials are missing for some unknown reason. The article presents the results of the analysis of the dictionary’s features concerning dialectal differentiation in comparison to other dialects of the Mansi language. The text was studied according to its graphical and phonetical features as well as according its dialectal differentiation. This fact and the addition of a comparative analysis of the dictionary with the modern information obtained in the fieldwork permit establishing that the language of the dictionary has an affinity with the Konda (earthern) and Middle-Ob (northern) dialect (the transition of Proto-Mansi *k into x before Proto-Mansi back vowels, the reflex of *ɣ before consonants and at the end of a word). This is confirmed by the lexical isoglosses common with the dialect, recorded near the river Beryozovaya and presented in the dictionary by P. S. Pallas. But in the dictionary a special form of conjugation is marked, which was previously described only for western dialects. The dictionary also shows the archaic preservation of the Proto-Mansi *š that turns into s in the northern Middle-Ob and Sosvinsky dialects, and Proto-Mansi *ɣ in the intervocal position that turns into w in all dialects except for the western Lozvinsky.