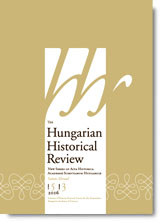 Summary/Abstract: Examining both written and pictorial evidence, this study addresses the diffusion of the cult of St Sigismund from Bohemia to Hungary during the late fourteenth century and the saint’s subsequent transformation during the fifteenth century into one of the Hungarian kingdom’s patrons. In doing so, it assesses the significance of the actions that King Sigismund took to promote Sigismund of Burgundy, his personal patron, in Hungary and shows that the king emulated the model of his father, Charles IV of Luxemburg. King Sigismund promoted his spiritual patron within his kingdom and associated him with the traditional Hungarian patrons, the sancti reges Hungariae. The king thus succeeded in accommodating the foreign saint to a new home and transforming him for a short interval into one of Hungary’s holy protectors. The natural consequence of this “holy and faithful fellowship” was the transfer of the cult from the royal milieu to the nobility of the kingdom. Willing to prove their loyalty to the king, Hungarian noblemen decorated their churches with St Sigismund’s image and depicted him in the company of the saints Stephen, Emeric, and Ladislas. The study’s larger aim is to illustrate how the political transformations of a certain period could facilitate the spread of a new saint’s cult from the cult center to another region and that a saint’s veneration could sometimes be politically motivated.