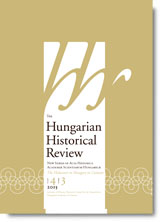 Summary/Abstract: Family businesses are a central topic in the history of business, especially in the early phases of the industrialization process. This case study attempts to identify the business strategies and the adaptation mechanisms used by a family business during the era of the Industrial Revolution. The main aim of the study is to explore which adaptation mechanisms and strategies were used during the Industrial Revolution by large family firms in the Lands of the Bohemian Crown. The study focuses on a model example, the Klein family, which ranked among the foremost entrepreneurial families in the Bohemian Crown Lands. The Kleins initially rose to prominence through their road construction business. They later built private and state railways and also diversified into heavy industry. I delineate the main stages in the development of the family firm, discuss a number of key microeconomic factors which influenced the Kleins’ business activities, and describe the factors which ultimately led to the downfall of this once-successful firm.