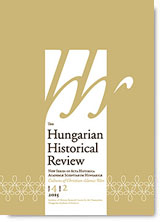 Summary/Abstract: The poem Capystranus, devoted to the 1456 Siege of Belgrade by the Ottoman Turks, was printed three times between 1515 and 1530 by Wynkyn de Worde. It survives in a fragmentary form, testifying to its popularity with the audience. Studies of the poem have tended to concentrate on its literary qualities, discrediting its historical value as an account of the siege. In this essay, I build on the work of scholars who view the narrative of Capystranus as a work of fiction, informed by the conventions of crusading romance, rather than as an eyewitness account. However, I reassess the value of Capystranus for the study of war history: I argue that, in its description of the siege, the author pictures accurately the spirit of contemporary warfare. The present essay explores, for the first time, the experiences, images and memories of war as represented in Capystranus, comparing the depiction of warfare to contemporary discourses on the law and ethics of war.