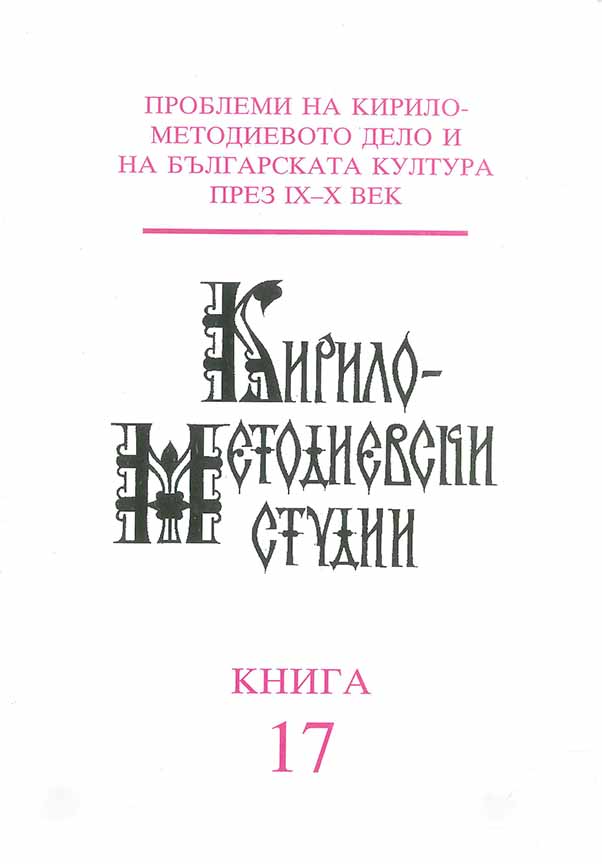 Summary/Abstract: The article focuses on the chance appearance of the name "Lawrence" (Лаврентїе) in the primary sources, a name so far attributed to one of Sts. Cyril and Methodius' disciples. Lawrence was mentioned in only one early source, namely the Long Vita of St. Clement of Ohrid by Theophylact (late eleventh - early twelfth centuries). Therefore it is plausible to hypothesise that there was no such disciple of the holy brothers and that for the presence of "Lawrence" in the Vita a different explanation could be provided. The author suggests that it may have been the name of the famous early Christian archdeacon and martyr St. Lawrence (S. Lorenzo), venerated in both the Eastern and the Western Churches. It is well possible that what influenced the interpolation of this name in the writing of St. Theophylact of Ohrid was the so-called Liturgy of St. Peter, where, in the enumeration of the Apostles, St. Lawrence (of Rome) is mentioned straight after St. Clement (of Rome). In order to support his hypothesis, the author reminds us that the Liturgy of St. Peter came into being in relation to Sts. Cyril and Methodius' missionary work and that, as some scholars assert, it was translated by St. Clement of Ohrid. In any case the Liturgy of St. Peter was well-known in both the Greek original and a Bulgarian translation, and so the interpolation of the name "Lawrence" in the Vita of St. Clement seems to be very likely.