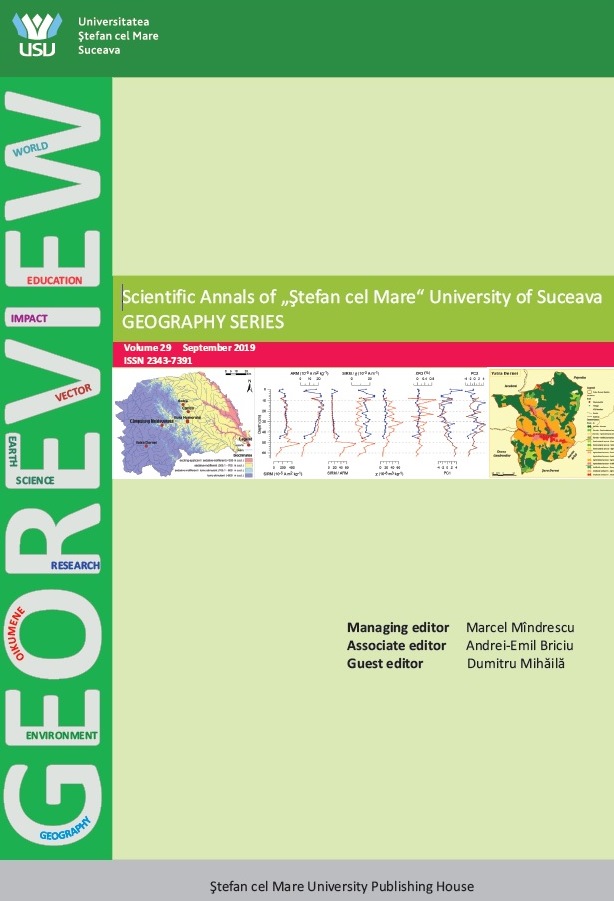 Summary/Abstract: sdfds fds fdsfsdfsd fdsf sdfsdf dsfsd fdsfsdIn this study we have developed an index which accounts for the occurrence of extreme cold winters based on documentary index and their social impact from Eastern Europe, over the Maunder Minimum period. In total, 41 harsh winters were extracted for the period from AD 1645-1715, and it’s the longest one, on record, over this area. Our investigation shows that the harsh winters occurrence rate is variable in the three areas of Eastern Europe and it`s spans in two periods: the Early Maunder Minimum (EMM) and the Late Maunder Minimum (LMM). The results obtained show that the number years of harsh winters has increased considerably during the EMM (AD 1645– 1665) and have an occurrence rate ~ 0.83/year. During the LMM we observe a small decrease in the occurrence rate (~ 0.52/year). However, during the transition period between EMM and LMM in Ukraine and southwestern part of Russia the harsh winter occurrence rate (from ~ 0.15/year to ~ 0.45/year) show the maximum (~ 0.45/year), in opposition to the Carpathian regions where the minimum is recorded. The opposite trend in the harsh winter occurrence rate could be the product of different action of large-scale atmospheric circulation or the Carpathian Mountains barriers.