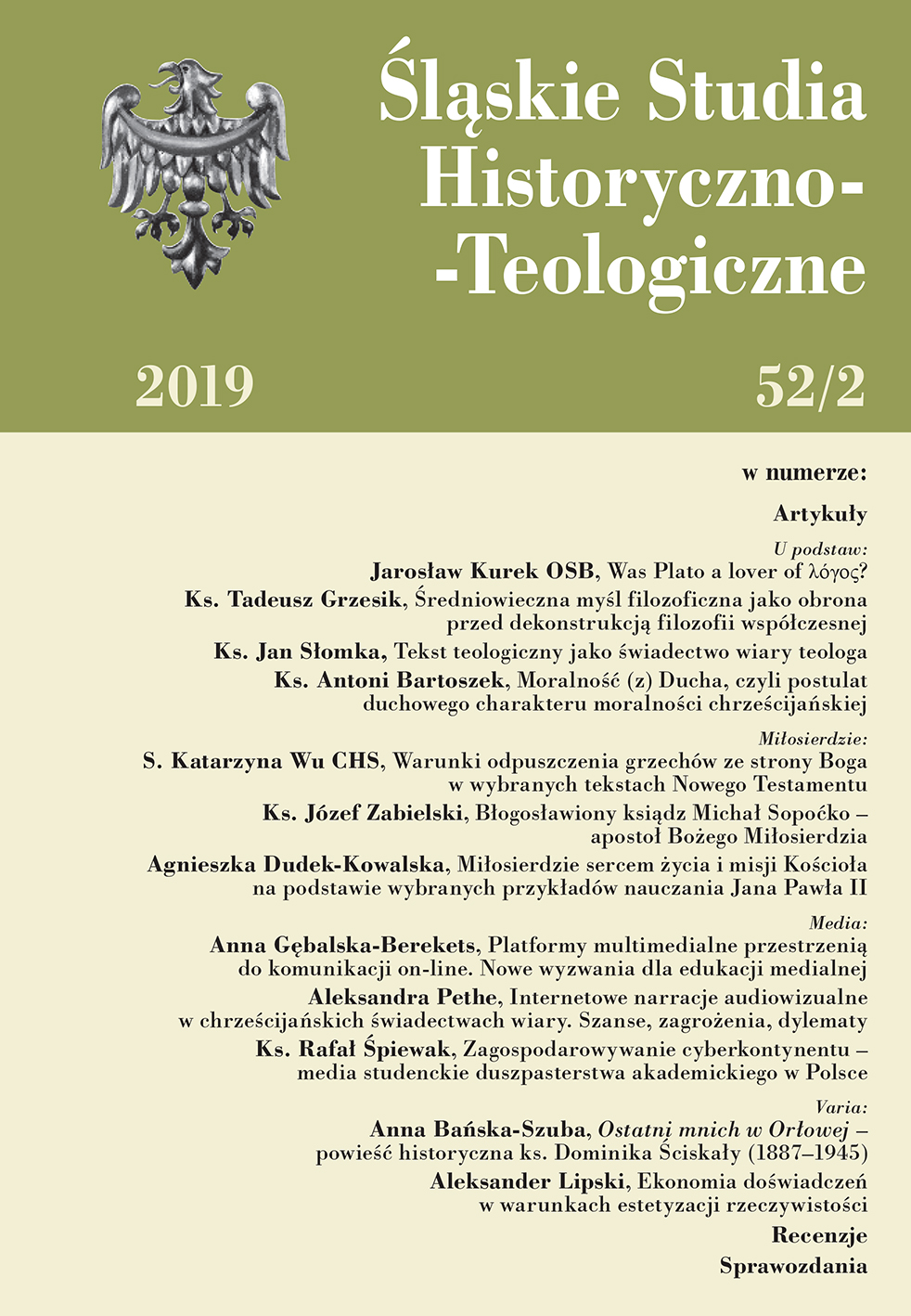 Summary/Abstract: The article contains a historical and literary analysis of the novel The last monk in Orłowa which was written by the Cieszyn clergyman – Dominik Ściskała (1887–1945) and published in Cieszyn by the publishing house of Blessed Jan Sarkander in 1924. The author was engaged in the dispute over the Polish-Czech border in 1919–1920 on behalf of the Union of Silesian Catholics. After losing the fight for the Zaolzie lands he created a historical novel ‘to encourage hearts’ for contemporary compatriots from the Olza River. This article is an attempt to read the novel as a regional “Cieszyn Deluge”. For this purpose, the author presents not only relationships with Sienkiewicz’s work, but also similarities and differences in: the creation of the represented world, the narrative, the construction of time, the use of historical material, and the construction of a real and fictional plan. She also discovers the historiosophical thought which is contained in the novel. She shows the Reformation as an evil that caused a breakdown of unity in faith in the past, and t he division of the native land in the present day. The author also indicates what the thought to give “encouragement to compatriots” is based on, despite the tragic finale of the novel. The analysis and interpretation of the novel by Fr. Ściskała is the first historical and literary attempt of this kind because no one has ever dealt with it before.