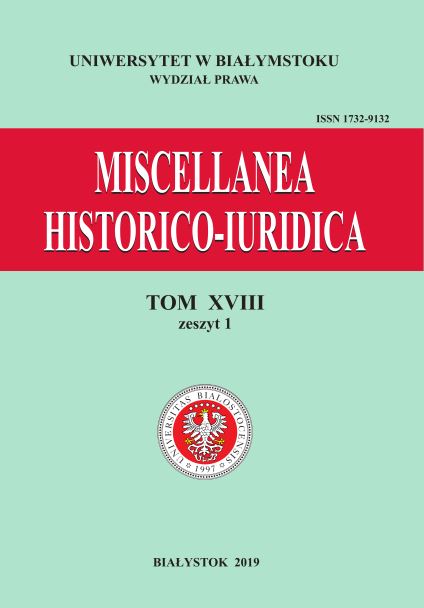 Summary/Abstract: The First World War, lost by Germany, made it necessary to accept the terms of peace, which were determined by the provisions of the Versailles Treaty, signed on June 28, 1919. It was developed by the victorious powers, and Germany was forced to accept its provisions. In this regard, in the era of the Weimar Republic, the peace agreement was described as „the Versailles dictate.” All political forces opposed it and the need to sign it caused the first government crisis after the November revolution (the resignation of Philipp Scheidemann’s cabinet in June 1919). Over time, the group of supporters of the republic and parliamentary democracy was shrinking. Critics of the changes made after the collapse of the Hohenzollern monarchy accused the Social Democrats, who formed the basis of the so-called Weimar coalition, of bringing to Germany the misfortunes of a harmful and shameful peace. The Nazis gained the most from the criticism of the ‘Versailles dictate’. After assuming power, Adolf Hitler revised the Treaty of Versailles by the method of fait accompli, which eventually led to the outbreak of World War II. The subject of consideration in this article is the analysis of the circumstances in which the Versailles Treaty was signed, the presentation of its provisions, and the impact of widespread opposition to the imposed peace agreement on the direction of the evolution of the political system of the Weimar Republic.