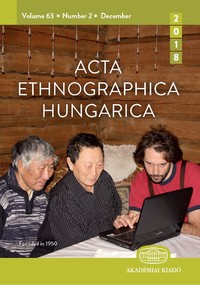 Summary/Abstract: At the turn of the 20th century many Native Americans took part in white man's enterprises: first Wild West shows, then silent movies. Wild West shows toured not only the United States but the Old World as well, including the south-eastern edges of the Austro-Hungarian Empire. Among the Native Americans who performed in Europe particularly visible were the Lakota (western Sioux) who performed, among others, in Buffalo Bill's Wild West show. The most famous of these Lakotas was Sitting Bull who had led his people's military resistance against encroaching white Americans a decade beforehand. Sitting Bull joined the Buffalo Bill's show for 1885 season. In 1890, the Sioux and other tribes lived a great religious awakening that was named Ghost Dance, hoping that by performing the Ghost Dance ritual they would make their lives better and get rid of the white men who took their lands, put them in reservations, broke treaty promises and brought hunger and diseases. On December 15, 1890, Sitting Bull was killed by Indian Police in front of his cabin at the Standing Rock reservation. Two weeks later, on December 29, 1890, at least two hundred, but perhaps as many as three hundred, Lakotas were killed in the tragic battle (that soon turned into a massacre) at Wounded Knee or died in its aftermath. A few months later, almost one hundred Lakotas, including those who survived Wounded Knee massacre, joined the Buffalo Bill show during its second European tour. In 1902 they participated in the third European tour of Buffalo Bill's Wild West, now called Buffalo Bill's Wild West and Congress of Rough Riders of the World. I will discuss the show as well as the Native American performers and their reception while the show travelled among Polish cities during the summer of 1906, almost at the end of that tour. Delving into Polish press of that period, I will attempt to demonstrate how the Polish press made various, sometimes quite unexpected uses of the show.