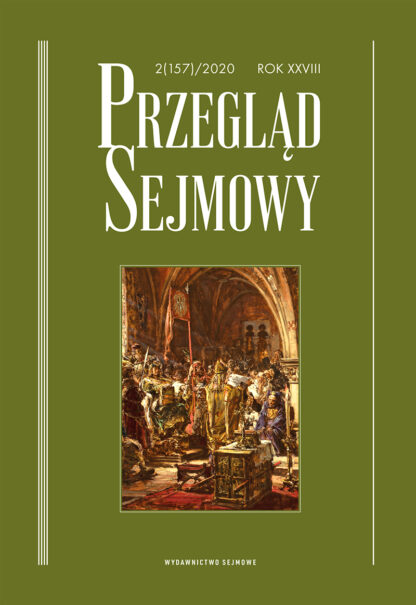 Summary/Abstract: In the party system of the Third Republic of Poland, Law and Justice — being the foundation of the United Right, a coalition with parliamentary majority in the Sejm of the eighth term, forming the government between 2015 and 2019 and supporting President Andrzej Duda — is a party distinguished by its political thought regarding foreign policy, international relations and international environment. The constitutive features of this political thought are: the trans-Atlantic option, active Central-European policy and Eurorealism. In 2015, having obtained both the office of the President and the government, Law and Justice launched a determined and consistent trans-Atlantic project referred to as “introducing the NATO to Poland”. The new direction in Poland’s foreign policy corresponded with a political turnabout in the United States between 2014 and 2015 as regards Russia. Circumstances favoured the realization of the plan prepared by Jarosław Kaczyński’s party to have American and NATO troops stationed in Central Europe, including Poland (NATO’s eastern flank). There are two phases of the Law and Justice’s trans-Atlantic policy between 2015 and 2019. The transition between phases was the NATO summit in Warsaw in 2016, where political and military decisions were made concerning the strengthening of the NATO’s eastern flank. Law and Justice politicians considered them a breakthrough, both historically and geopolitically, as they equaled all NATO’s members as regards safety guarantees and annulled American-Soviet agreements from the period of the fall of the USSR and the communist bloc