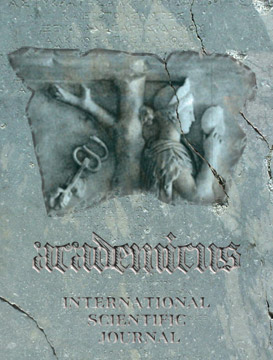 Summary/Abstract: In the aftermath of Cold War, the system of United Nations (UN) Peace Missions assumed new proportions, by adjusting the nature of political developments, which characterized the international relations stage in this period. In the peace-keeping agenda of these missions, special focus was given to issues related to “international state-building” in the post-conflict situations, as well as attempts to prevent and manage consequences of the state’s failure. In pursuit of these goals and as part of this agenda, it is believed that liberal western values, especially as part of the “liberal peace thesis”, have become ever more widespread and commonplace. The models of state-building, according to this thesis, include combination of values of liberal democracy and principles of the market economy, as precondition to overall social development, which would contribute to long-term peace. According to this conception According to this conception, it is clear that the transitional process from war to peace and that of state-building, in addition to the political dimensions, also has significant economic dimensions. Therefore, the authors of this study are focused on and aim to analyze and explain the role the economic sector plays in the construction and functioning of the state system in a post-conflict society, as is the case of Kosovo. At the contextual level, the study consists of understanding the role played by UNMIK, as international administration, in the direction of this sector. One part of the study is dedicated to analysing immediate and long-term strategies and approaches of the peacekeeping mission, aimed at reconstruction, i.e. the development of the economic sector from scratch, which would impact directly and indirectly on the creation of an enabling socio-political environment for a lasting peace. But the rest of the study focuses on macroeconomic indicators such as GDP level, monetary policy, as well as import and export situation (trade balance, which realistically reflects the current status of economic development in Kosovo, as well as for measuring the gap between the expected targets and achieved concrete results. This means that these indicators reflect the degree of success or failure of the mission in relation to the fulfillment of this objective. Finally, by analysing the previous and current results, we will try to explain development trends of Kosovo’s economy in the short-term.