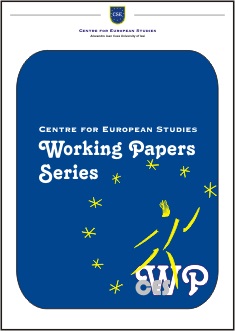 Summary/Abstract: The occupation of Crimea determined the Crimean Tatars to react with obvious and clear-cut response: condemning the Russian aggression against the Ukrainian territorial integrity. This paper aims to analyze the post-2014 Crimean hybrid conflict situation of the Crimean Tatars, by investigating how the Crimean Tatars conditions have evolved under the Russian invasion forces for the last five years. In order to understand the post-2014 situation, the paper also focuses and examines the forced deportation (Sürgün or the Soviet Genocide), as well as Turkey's foreign policy reactions toward this regional conflict. Civil disobedience and nonviolent strategy of the Crimean Tatars have been used to pressure the Russian public opinion and political elites regarding the unlawful and unfair act toward the Ukrainian and Crimean sovereignty. In addition, the Crimean Tatars have voiced their concerns and demands in the international political arenas. Overall, the paper focuses on the repercussions of the Crimean crisis from political, psycho-social and international perspectives.