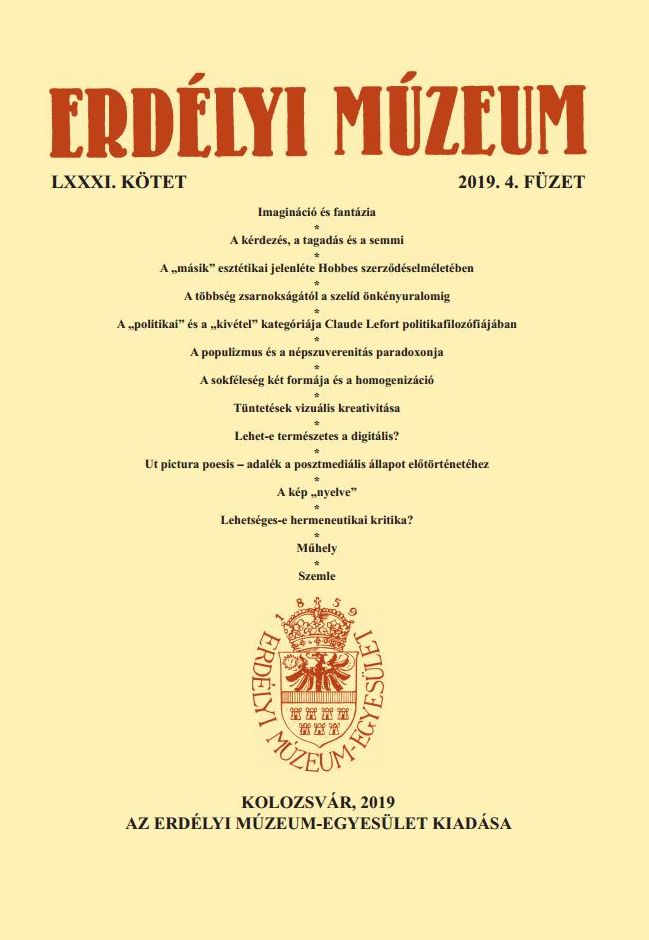 Summary/Abstract: In several of his works, Thomas Hobbes contrasts rhetorical and scientific speech. Although in Leviathan his position is changed, Hobbes continues to emphasize the inordinate, excessive nature of rhetorical speech in politics and distinguishes it from sovereign scientifically true and legally correct speech. According to my thesis, both models of persuasion, the rhetorical and the anti-rhetorical model, have an aesthetic character in Leviathan. This fact is evident in the doubling of the person who represents both his/her self and his/her fellow citizens as dependent subjects in their public/political roles. This self-representation as the inherent imaginary act of the political man echoes the rhetorical hierarchy of the difference between the private and the public.