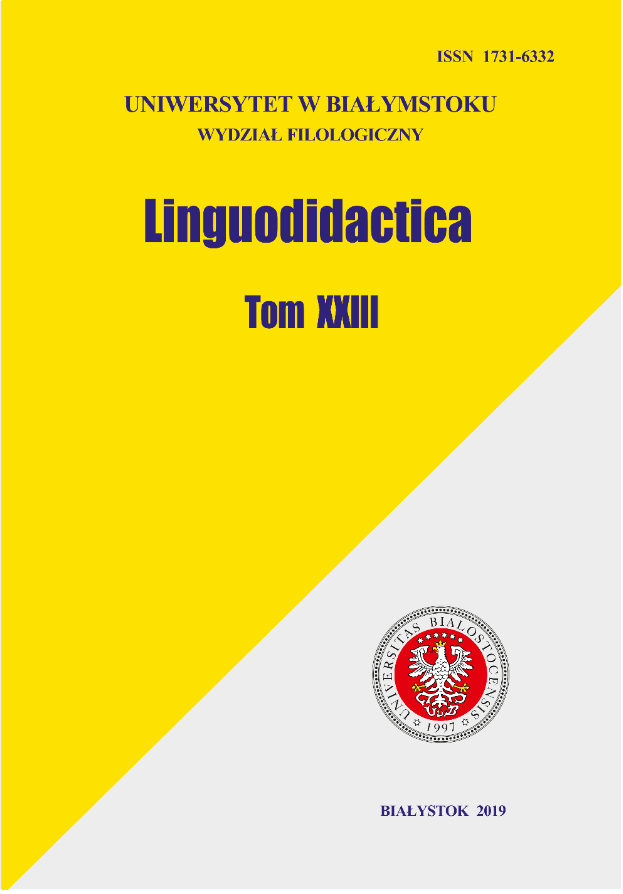 Summary/Abstract: The subject of this article is an analysis of two 16th century monuments of Grand Duchy of Lithuania writing: the Academic Chronicle and the Suprasl Chronicle. They belong to the first Belarusian-Lithuanian redaction, which consists of three main parts: all-Ruthenian, Smolensk, and the Chronicle of the Grand Dukes of Lithuania – the first original work wholly written in the Grand Duchy of Lithuania. The aim of the article is to single out in both chronicles Old Church Slavonic elements occurring on phonetic and word-formation levels. The analysis has revealed that in the oldest, all-Ruthenian part of both Old Church Slavonic works there are the most phonetic and word-formation features. However, they are also present in the other parts of the chronicles, in which Old Church Slavonic forms of all-Slavonic words and their Old Ruthenian equivalents appear parallelly. A number of prefixes and suffixes typical of the Old Church Slavonic language also confirm a strong link between these two chronicles and the writing tradition.