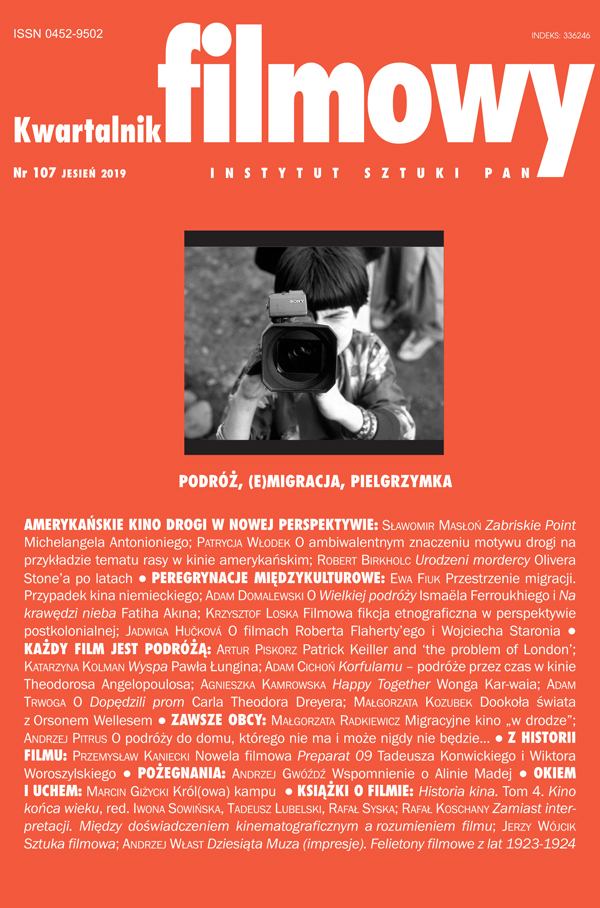 Summary/Abstract: The article describes the short film by Carl Theodor Dreyer "They Caught the Ferry" (1948), based on the novella by Danish Nobel Prize winner Johannes V. Jensen. Using biographical information and the context of the uprising, Trwoga analyses the uniqueness of this work in relation to the then documentary productions of Dansk Kulturflm from the 1940s and 1950s of the 20th century. The article shows how propaganda themes (postulated on the British model by Danish documentary film-makers) were supplemented with elements from the supernatural sphere and religion, as was the case in earlier films by this director (the role of the "Vampire" was particularly prominent). In addition, the author draws attention to the symbolism of death and vanitative elements that make this short road movie a critique of the society of the country in which it was made. Trwoga also pointed to the inspiration of the director, as well as later possible influences of the "They Caught the Ferry" on other film-makers.