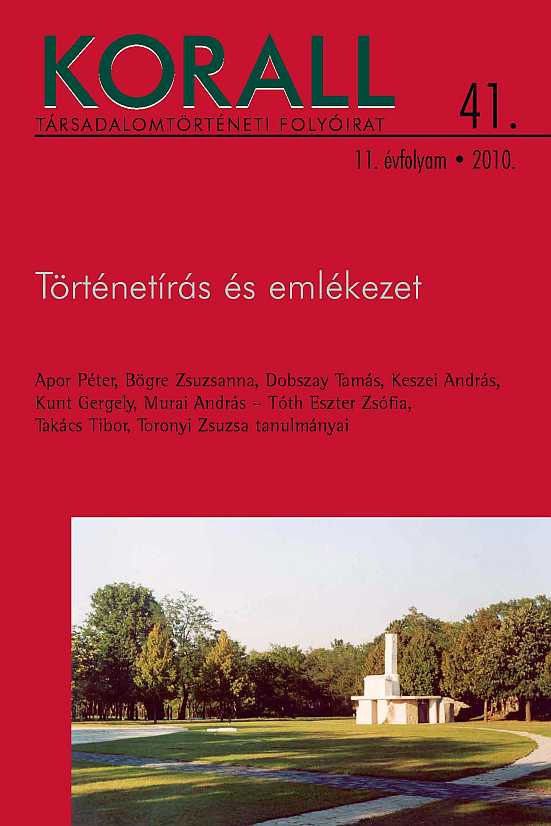 Summary/Abstract: The present study offers two different points of view of the book Éva, my daughter, published by Ágnes Zsolt in 1947. Ágnes Zsolt was the mother of the eponymous Éva Heyman. Shortly after Éva’s birth her marriage with the father, architect Béla Heyman, ended in divorce. The mother got married again, this time with Béla Zsolt, a civic radical writer. The couple moved to Budapest, but the girl remained in Oradea with her maternal grandparents. Ágnes Zsolt and her husband. managed to escape from the ghetto of Oradea and eventually travelled to Switzerland with the Kasztner Train. The diary-writing child Éva died in Auschwitz. On the one hand, from the angle of what may be called the traditional approach, the book is a child’s diary written by the thirteen-year-old Éva. On the other hand, the book can also be understood as a memoir of the mother, Ágnes Zsolt. In the latter case, the volume is monument to a complex mourning process, that of a mother who lost both her old parents and her only child at a very young age. When Ágnes Zsolt found out about the deportation of her daughter, her first reaction was a suicide attempt. Éva did not have a grave in the cemetery, the grieving mother did not know where her body lied. The fact that she was unable to give her only child a funeral exacerbated her pain. Ágnes Zsolt wrote this book as part of the mourning-process, presenting a perhaps greatly idealized picture of the lost daughter. Writing from the child’s point of view, she portrayed herself as a bad divorced mother. Her relationship with her daughter is not shown as a traditional child-parent bond: she always appears as ‘Ági’, never as ‘mother’, and she is portrayed as someone who is unsuitable for the parent role. Ágnes's pain of loss did not fade over the years. She could not forgive herself that she is still alive while her beloved daughter died in Auschwitz. In 1951 she committed suicide by slashing her wrists and a photo of her daughter was found next to her dead body. How should we read this book? Is it a child’s diary or the memoirs of a mourning mother? The study concludes that due to the lack of original manuscripts readers are expected to formulate their own interpretations.