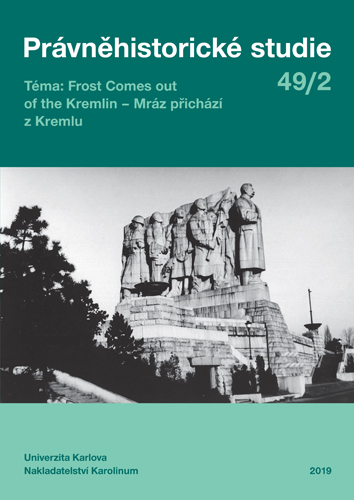 Summary/Abstract: The first attempt of the GDR to enact a new Civil Code started in September 1952 and failed with the revolution in June 1953. The old laws were thought to disturb the consolidation of socialist legal order and hinder the development of full respect for laws and the development of a socialistic state and legal consciousness (Walter Ulbricht). In the archives we find minutes of proceedings and drafts of the first two chapters in the personal files of Hilde Benjamin. These drafts were strongly influenced by traditional civil law thinking under which all members of the commission had grown up.