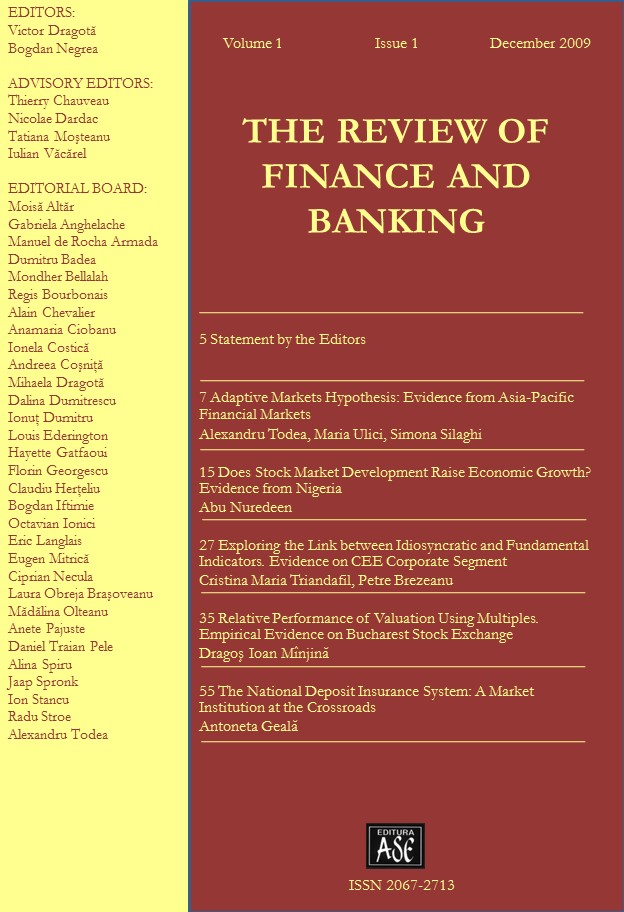 Summary/Abstract: In this paper we investigate the profitability of the moving average strategy on six Asian capital markets considering the episodic character of linear and/or nonlinear dependencies, the period under study being 1997-2008. For each market, the most profitable strategy from 15000 alternatives is selected. The main conclusion is that profitability of moving average strategies is not constant in time; it is episodic showing when sub-periods of linear and non-linear correlation appear. Thus, one can thus say that the degree of market efficiency varies through time in a cyclical fashion over time and these statistical features are in line with those postulated by Adaptive Markets Hypothesis (AMH) of Lo (2004, 2005).

Journal: The Review of Finance and Banking