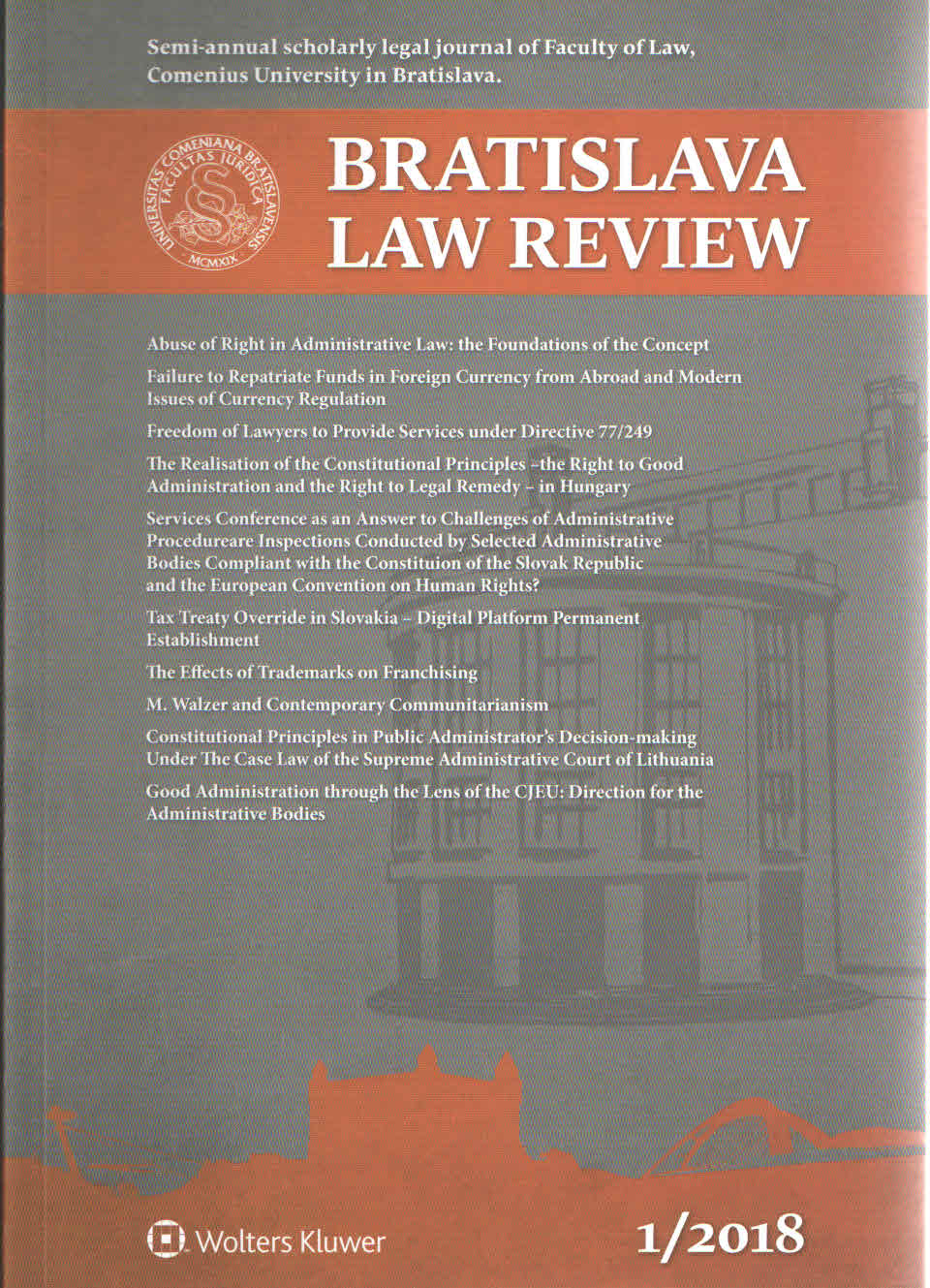 Summary/Abstract: The concept of abuse of rights is universal in nature and is present in all branches of law. The development of scholarly opinion and jurisprudence led in time to the introduction of the prohibition on abuse of rights as a general principle of administrative law, understood as a ban on the use of rights or powers in a manner inconsistent with the purposes for which they were established or in violation of constitutional and axiological order. This paper is a presentation of a model that describes basic characteristics of abuse of right in administrative law. These basic characteristics can be summarized in a few theses as follows: (1) subjective variability – prohibition of abuse applies to both the authority as well the individual; (2) strong links between abuse and circumvention of law – abuse of right is often aimed at avoiding the application of those norms of administrative law which the individual considers to be disadvantageous to her/him; (3) different legal basis of the prohibition of abuse – general principles of law (e.g. the principle of good faith), specific regulations referring to specific powers, immanent limits of the powers or the right; (4) “axiological entanglement” – links with universal, basic administrative law values: legality, rule of law, certainty, justice and common good; (5) vague boundaries and casuistic nature, making it difficult to formulate generalized conclusions, especially with regard to the consequences of abuse of right.