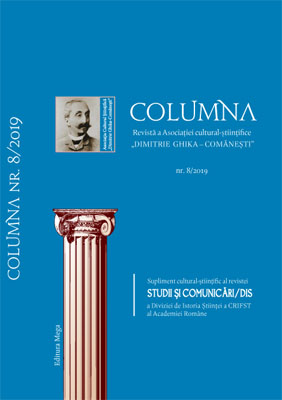 Summary/Abstract: During the directorate of Professor Sergiu Cărăuşu, the Marine Zoological Station „Prof. Dr. Ioan Borcea” from Agigea entered the possession of its first marine research boat „Emil Racoviţă”, of small tonnage and coastal use, in 1960. At the initiative and following the sustained efforts of Professor Ionel Miron, „Alexandru I. Cuza” University of Iaşi, the tutelage authority of the Station, decided in 1966 to transfer the vessel to the Biological, geographical and geological research station „Stejarul” from Pângăraţi, Neamţ county, in order to be used in limnological research on Lake Izvorul Muntelui – Bicaz. The vessel was removed from service and scrapped in 2000.