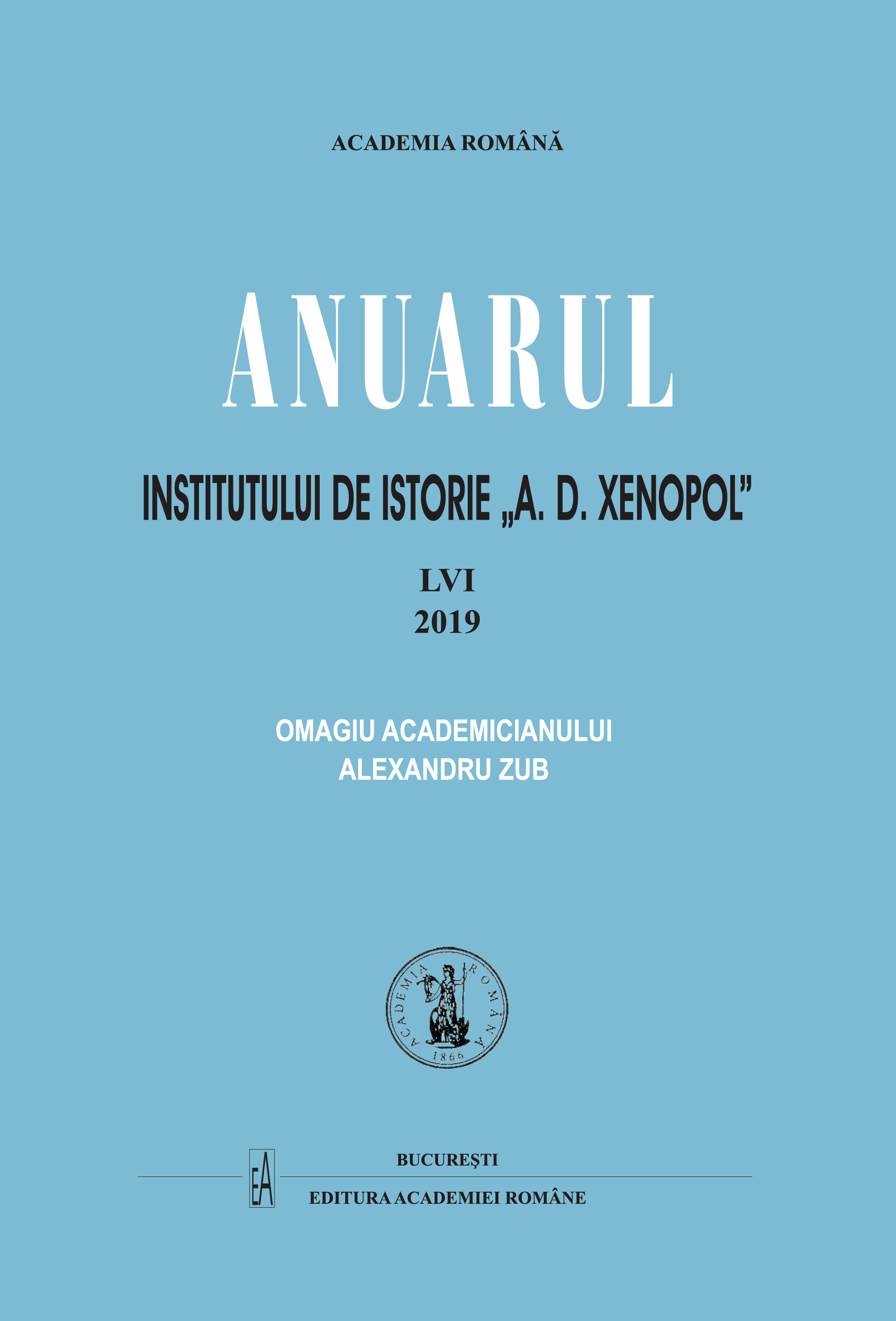 1807, UN AN ȘI TREI PLANURI PENTRU IAȘI: AL ORAȘULUI, AL CURȚII ȘI PALATULUI DOMNESC
1807, ONE YEAR AND THREE PLANS FOR IAȘI: OF THE CITY, THE RESIDENCE AND THE PALACE OF THE PRINCE

Summary/Abstract: The series of discoveries in the Russian archive, started by us three years ago, continues with three plans from the Moscow Military-Historical Archive. The three were executed in the same year, 1807, by Russian surveyors who aimed to make a plan for three major objectives in Iași, the capital of Moldavia: the city and its surroundings, the princely residence, the palace. The city plan includes some interesting elements: the Metropolitan complex, which had meanwhile been extended between main street (Ulița Mare) and Ulița Ciubotărească; the first represen-tations on the map of the Post office in Copou and the first windmill in the city; clarifying the moment of the arrangement of Podul Verde in Copou; the wells fed from the water network; the situation of the buildings from the monasteries in the surroundings of the city. At the residence we can see the changes started by Prince Alexandru Moruzi, who took the initiative of its reconstruc-tion and the erection of a new palace. The residence burned down in a great fire in 1784 and had been abandoned for almost two decades. Moruzi decided to rebuild it and reorganize it, the construction of the palace being entrusted to an architect from the west, Johan Freiwald. Born in Prostějov, in Moravia, Freiwald was noted not only for the building of this palace, but also for the construction of other palaces of the great boyars, churches, obelisks, pavements of streets, etc. For the palace, the prince preferred an architectural style more and more liked by the elite, neoclassical, the new construction being erected between 1803 and 1806 following the general mobilization of the country, at a cost of over one million lei. Moruzi did not get to use the palace, losing the throne three days before the official inauguration. From December 1806, Moldavia was occupied by Russians troops, in a new war with the Turks, which lasted until 1812. During this time, the palace was furnished with new furniture, being used as the headquarters for Russian generals; in the last years of the war, a military hospital was set up here. From 1813 prince Scarlat Calimah stayed here, from 1819 prince Mihail Suțu, and from 1822 prince Ioniță Sandu Sturza. The palace burned again in 1827, remaining in ruins until 1841−1843, when it was restored by prince Michael Sturza. It caught fire again in 1880, was rebuilt again, but in 1906, the authorities decided that it was time to make room for a more majestic building, in tune with the new more grandiose buildings erected in Iasi in the last decades of the 19th century. Until 1925 the present palace was built, used today for cultural purposes. Our research, together with the recent archeological ones, showed that segments of the foundations and walls of the palace from 1806 were integrated into the palace today, just as the old plan influenced the new one. Moreover, Berindei, the architect of the new palace, although he broke with the previous architectural style, preferring a neogothic variant, kept important elements from the symmetry of the old building. The three plans allow a better understanding of the city’s history and its important monuments.