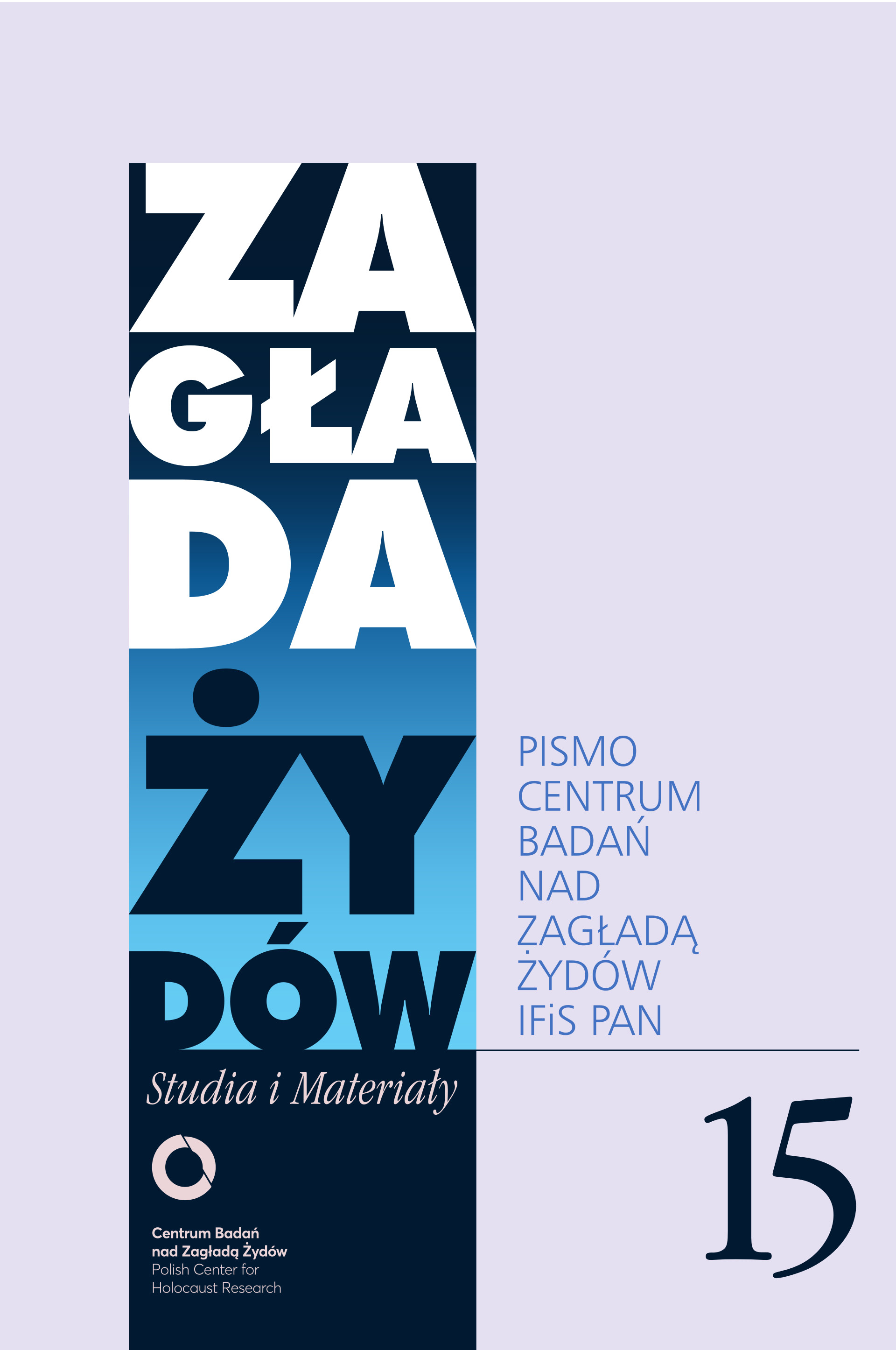 „Nie myśl, że to pisze obłąkany”. Listy rabina z Grabowa i jego misja informowania o Zagładzie
"Don't think that he writes insane." Letters of a rabbi from Grabów and his mission to inform about the Holocaust

Summary/Abstract: In early January 1942 escapees from the nearby death camp in Chełmno nad Nerem reached Grabów, a small locality in Regierungsbezirk Litzmannstadt in Wartheland. At that time the German Nazis were liquidating the nearby ghettoes one by one, deporting their residents to Chełmno, where the victims were murdered. In Grabów the survivors met with the local rabbi and gave testimony about the crime they had witnessed. The rabbi almost immediately decided to send a letter to his family and friends warning them against the deportations. The escapees also informed Grabów inhabitants about the tragic news in his house. The next day the rabbi wrote another letter. Other Grabów inhabitants followed his example. Consequently, the information about the mass murder was spreading. A lot suggests that the Grabów rabbi’s initiative might have been the ϐirst organized attempt to warn Jews detained in ghettoes of Regierungsbezirk Litzmannstadt in Wartheland against the approaching extermination. This means that the rabbi played an important role in the transfer of information about the murder committed in the nearby camp in Chełmno nad Nerem. Consisting in spreading news about the deportations’ objective, his activity hampered the work of the German oppressors and enabled the victims to verify the German’s assertions about the deportations purported aim (labor) and learn about the actual fate of their families and friends deported to Chełmno.