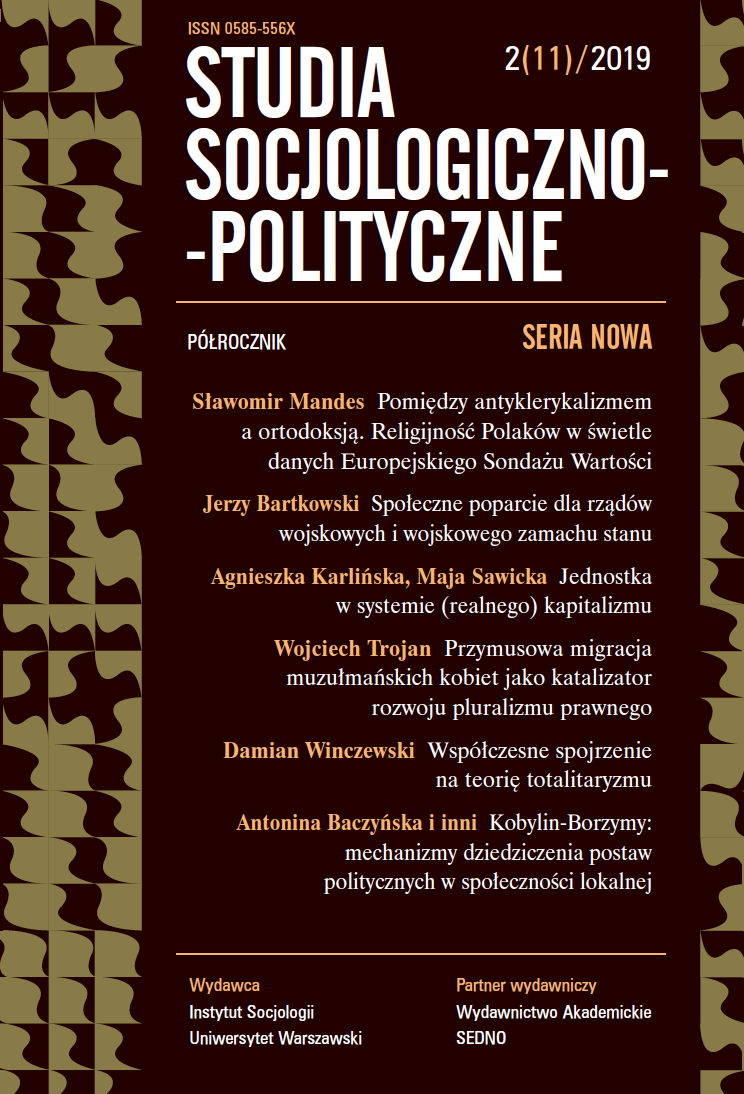 Summary/Abstract: The aim of this article was to examine the cohesion and political connotations of the term „totalitarianism”, which is often used in the public debate in Poland. On the basis of a contemporary critical research, the content of the most popular concepts of totalitarianism has been analyzed, paying particular attention to the so-called „Cold Ward efinition of totalitarianism”, as it seems to be the most popular in a public debate. The author claims that the concept of „totalitarianism” was created in specific historical conditions and was frequently used as a tool to sanction the rule of liberal ideology. Thus, although „totalitarian model” is generally recognized in social sciences, it should be used with caution in assessing entire political or ideological currents.