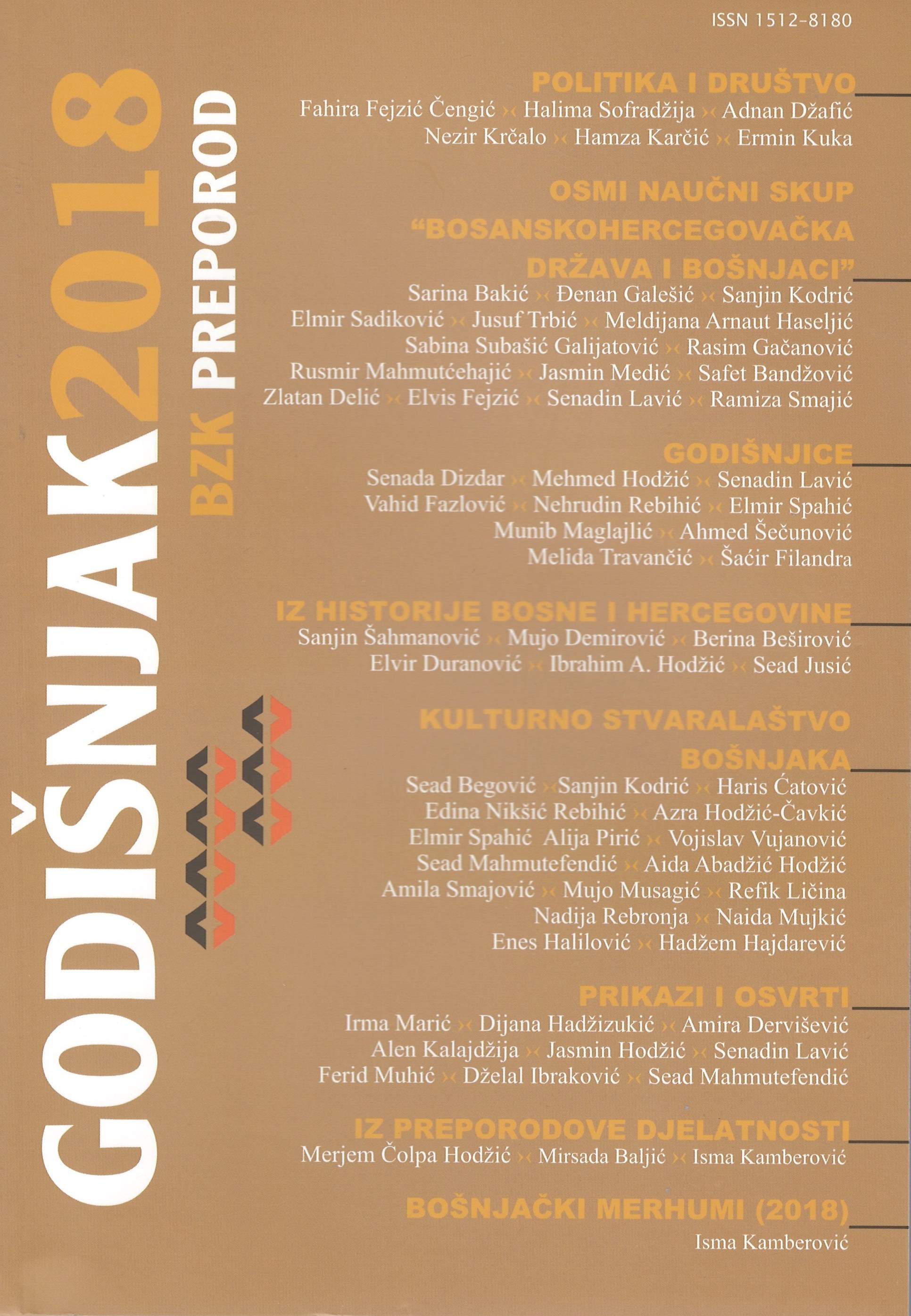 Summary/Abstract: In 2018, 140 years have passed since execution of resistance leaders against the Austro-Hungarian occupation of Bosnia and Herzegovina. Using the available literature, the author presents basic biographical data on Sheikh Muhamed Effendi Hadžijamaković and Hafiz Abdulah Effendi Kaukčija, two of the most important leaders of resistance to the occupation, executed according to the judgment of the Austrian court of appeal immediately after the establishment of a new government. The paper points to the importance and role of these two alims, imams and professors with a sword; it was written in a newspaper article; in a turning and very significant period of Bosnian history. The memory of these two Sarajevans was and remained alive with their fellow citizens, sometimes more, and sometimes less, depending on the period, and has kept until today.