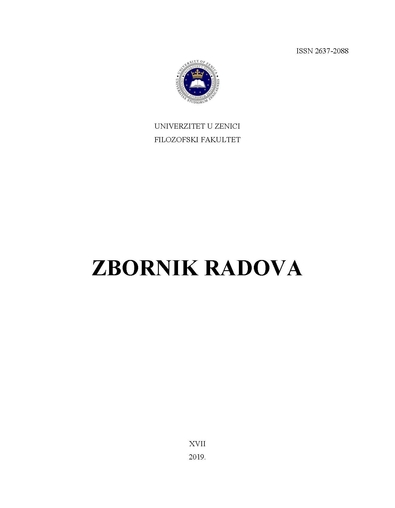 Summary/Abstract: Drama "Dekret" (Decree) was at the same time the first of his literary works, which also brought him victory at „Gajret's“ literary competition in 1932. This and the drama "Žrtve tradicije" (Victims of tradition) deal with various and temporary social issues. It considers family and describes it, deals with relations between a man and a woman and also deals with „issue of woman“, trying to examine and trying to find her place in tradition and in new modern society. But this drama also deals with relations of the country and government towards the ordinary man, relations between the rich and the poor, the educated and the uneducated. The drama is built around the conflict between Đulaga and Fadil, whose characters are modeled into figures whose relations represent binary oppositions: old / young, modern / backward, advanced / retrograde, modernization / tradition, schooling / physical work etc.