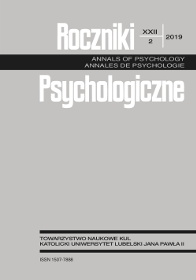 Summary/Abstract: The aim of the present study was to investigate which musical emotions and associations appeared while listening to leitmotifs in film music. A sample of 157 participants took part in the study, in which musical associations and emotions were analysed in relation to seven groups of musical themes from The Lord of the Rings films (LOTR). The LOTR soundtrack is a good example of the use of symbols in music to represent ideas, characters, etc. The results show that both the respondents’ associations and the musical emotions they experienced were related to the characteristics of musical motifs. The results are discussed in relation to the assumed features of musical motifs composed by Howard Shore.