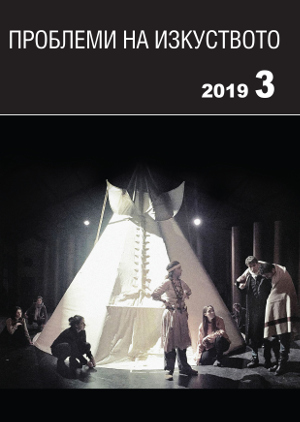 Summary/Abstract: Following the social changes of the late 1980s in this country, both the cohesive community of working people imagined by the ideological doctrines and the circle of spectators identifying themselves with mindsets undermining the social status quo, but being a conglomerate of value orientations, disintegrated. At the turn of the twenty-first century, new audiences with new values were formed, while dramatic and theatric works projected the oscillation between the two poles of Bulgarian consciousness and global citizens. The traumatic experiences of this dilemma led to closure and self-restriction within the national borders or vice versa, to an escape from any ethno-specificity; to looking for an identity free from any localness or historicity whatsoever. Yet, texts and productions appeared that discovered a multiple identity: local, national and also aware of belonging to wider communal framework such as the European culture and human civilization. Meanwhile, since the 1990s, the dramatic art itself saw essential changes, undergone by both the new dramaturgies and stage practices. Analysing these processes over the last three decades, the study brings to the fore the major phenomena in contemporary Bulgarian drama and stage, which intentionally seek to challenge projections and identifications with one idea or other of community belonging.