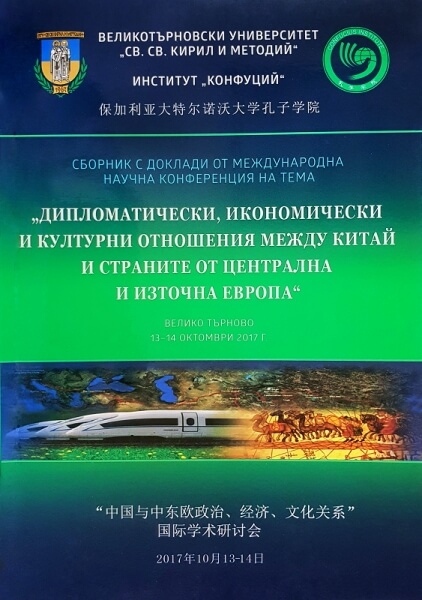 Summary/Abstract: “One Belt, One Road” (OBOR), “Belt and Road” (B&R), “Belt and Road Initiative” (BRI), The Silk Road Economic Belt and the 21st-century Maritime Silk Road are some of the names of the large-scale geopolitical project, which was launched by the Chinese government after the serious changes in the international situation. It aims to strengthen the cooperation between the countries involved, given the slow pace of recovery from the global economic crisis. President Xi Jinping managed to organize and coordinate the support of Russia and the entire Eurasian Economic Union (Kazakhstan, Belarus, Armenia and Kyrgyzstan), the members of ASEAN, of Turkey with its project “The Central Corridor”, of Mongolia with its road investment program and Central Asia Regional Economic Cooperation (CAREC), of Vietnam with “Two Corridors and One Economic Circle” plan, of Poland with “Amber Road” and even the UK with its strategy Northern Powerhouse. A broad diplomatic activity is going on to reconcile the principles and opportunities of the initiative with Laos, Cambodia, Hungary and also with over 40 other countries and international organizations. A lot of European countries also have already stated their willingness and intent to implement investment projects without EU involvement. What is Bulgaria doing in the modern geopolitical situation and did Bulgaria miss the Chinese train?