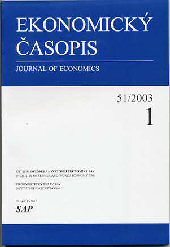 Summary/Abstract: A convergence process, defined as the process of the economic indicators harmonization within the European Union, can be observed from the nominal and the real point of view. Real convergence is a quite interesting issue since it has a long-term influence on the growth and development of this regional integration as a whole and its competitive position in the global market. Therefore, the topic of this paper refers to the measurement of real convergence in the EU during the period from 2004 to 2016, using the entropy method. The entropy method is a fairly suitable method for investigation of real convergence since it measures the divergence across the sub-systems of a certain system (in this case, the EU member countries) by the level of entropy. In this paper, the real convergence is measured by the PPP-based GDP per capita, the unemployment rate, the GDP per worker and the gross capital formation (as % of the GDP). The obtained results pointed out that the most pronounced differences among EU economies exist in labor productivity, represented by GDP per worker, while the differences in domestic investment, expressed by gross capital formation, were the lowest.