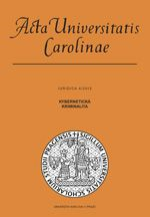 Summary/Abstract: The integration of The Republic Of Poland with the European Union caused that the integration clause was introduced to the Polish Constitution 1997. The clause had two purposes. The first one concentrated on the protection of state sovereignty, the second – created conditions for delegating a part of competences of the states authorities for the institution of the EU. Must be stressed that the integration clause took general nature, not to apply only to the EU. In accordance with its contents the Republic of Poland may, by virtue of international agreements, delegate to an international organization or international institution the competence of state authorities in relation to certain matters. It is important, however, is that the process of ratification of such an agreement is more complicated than the normal one. The President shall ratify that kind of international agreement only with the prior consent granted by statute or nationwide referendum. The statute, granting consent for ratification of that international agreement shall be passed by the Sejm by a two-thirds majority vote in the presence of at least half of the statutory number of Deputies, and by the Senate by a two-thirds majority vote in the presence of at least half of the statutory number of Senators. It should be added that this constitutional procedure has been explained by subconstitutional laws, and was the subject of the Constitutional Court jurisdiction. The integration clause has been used twice in practice. In that procedure were ratified the Treaty of Accession 2003 and the Treaty of Lisbon 2007. It is important the entry into force of the Treaty of Lisbon was the immediate impetus for the initiation of the change in shape of the constitutional provision. New regulations were adjusted the Constitution to the new shape of the EU legal system, but because of the lack of political consensus constitutional amendments ware not enacted. The problem of so called European amendments remains open to this day.