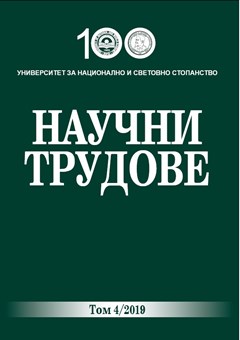 Summary/Abstract: The study presents the results of a comprehensive study focusing on the political, economic and social aspects of the Western Balkan countries, with particular emphasis on the overall political risk environment within the EU accession process. For the purposes of the analysis, the well-known PEST analysis is modified to so-called PES (I) analysis. The survey covers a period of 10 years (2007-2017) and the countries of the Republic of Serbia, the Federation of Bosnia and Herzegovina, the Republic of Montenegro, the Republic of Northern Macedonia and the Republic of Albania of the Western Balkans.The report is structured into three parts: 1) presentation and argumentation of the main variables of the PES (I) analysis; 2) implementation of the PES (I) analysis for the Western Balkan countries and data interpretation; 3) conclusions.The accession of the Western Balkans to the EU is a political rather than an economic issue. Moreover, the analysis shows that, from all the countries in the region, the Republic of Albania is best represented by making the most progress in economic and political terms and thus generating the lowest levels of political risk. While Serbian and Montenegrin leaders are "lagging behind", they are lagging behind the surveyed indicators and generating higher levels of political risk.