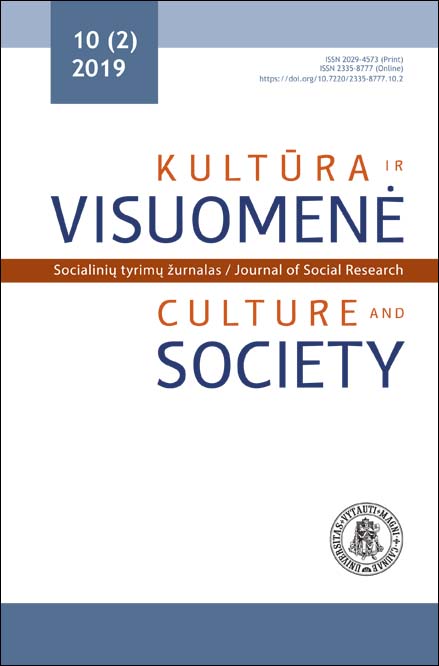 Summary/Abstract: The article analyzes the role of the intergenerational support in self-provision of housing in Lithuania. Changes within last decades in the field of housing policy in many Western European countries are associated with both the effects of the financial crisis that this sector suffered and the challenges posed by a shrinking welfare state. This situation as well as processes associated with changes in the labor market and demographic changes complicated the issue of self-provision of housing for representatives of younger generations. Researchers unanimously agree that older generations were more privileged in the housing sector because they had better possibilities to self-provide housing in an oversupplied housing sector or, in the case of Lithuania, to privatize it. In contrast, representatives of younger generations entering the housing market today are more vulnerable in terms of acquisition of housing ownership. Therefore, researchers consider the housing sector as one of the generators of generational differences and potential inequalities. It has been observed that the form of parental housing ownership plays an important role in the field of possibilities of material support for adult children. The disposition of housing ownership usually allows children to ensure an easier access to housing ownership. On the contrary, the access to high quality housing and especially the right of acquisition of housing ownership is much less possible for those who do not have parents or other close persons who could support their young households. In this regard, it can be argued that the transfer of intergenerational high-quality housing and particularly housing ownership may be considered as an expression of a transmission of a social and economic status which under different financial possibilities could reproduce social inequalities. Based on the data of a qualitative research of the 1970–1985 cohort of Lithuanians the article analyzes the motives and practices of a family support in the field of self-provision of housing.