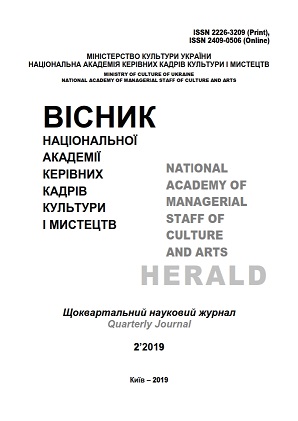 Summary/Abstract: The purpose of the study is to explore neo-shamanism as a cultural, spiritual and psychological phenomenon through the lens of polycultural space of postmodernity. Methodology of the study. The authors have used integrative anthropological approach, multidisciplinary analysis, comparative, cultural-historical, and descriptive methods. The scientific novelty. Rejecting classical rationality, dualist thinking “either/or”, postmodernism returns to the deep traditions of the mythological consciousness associated with nature and full of desire to live in harmony with it. Shamanic magical thinking is a part of human inherent wisdom and is expressed in the act of merging of shaman’s personality with the deity or spirits or in fetish worship. Shaman’s consciousness is fragmented into parts and his/her “I” exists in any part of the fragmented reality. He/she is self-identical in multiple identities. Within the framework of the postmodern worldview, identity loses its unitarity. The idea of the multiplicity of “I”/stream of consciousness is deeply inherent in the shamanic worldview. The emphasis on miraculous, imaginary, symbolic allows us to talk about the return of irrational. Conclusions. For modern individuals, shaman practices represent a way to go beyond the limits of their own Selves, maintain some affiliation with spiritual unity, and avoid emptiness. Neo-shamanism offers the way of personal spiritual renewal through shaman practices, which may be seen as a psychotherapeutic method for mind-body healing.