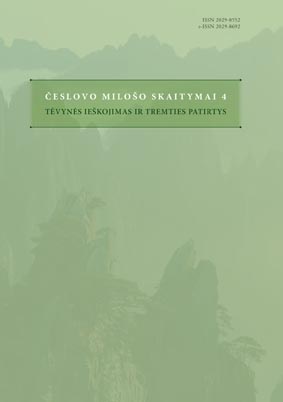 Summary/Abstract: Czesław Miłosz was born in Šeteniai in 1911, a small village in Lithuania. Her he spend his early years. In 1955 Czesław Miłosz published book On the banks of Issa where memory of the lost childhood’s places has been repeatedly conformed by the author and became one of the most fames his books. In highly autobiographical story of childhood the main character Tomas are discovering of the real drama of life and death. He is penetrating into mysterious world of animals, forest and marches and at last little Tomas makes his introduction to the cruelty as much as beauty. In 1994 Czesław Miłosz dedicated a cycle of poems to his native region. One of them was entitled Sateniai. It was read on the day of his funeral in Krakow in 2004. The images of childhood’s land follow after him to another world.