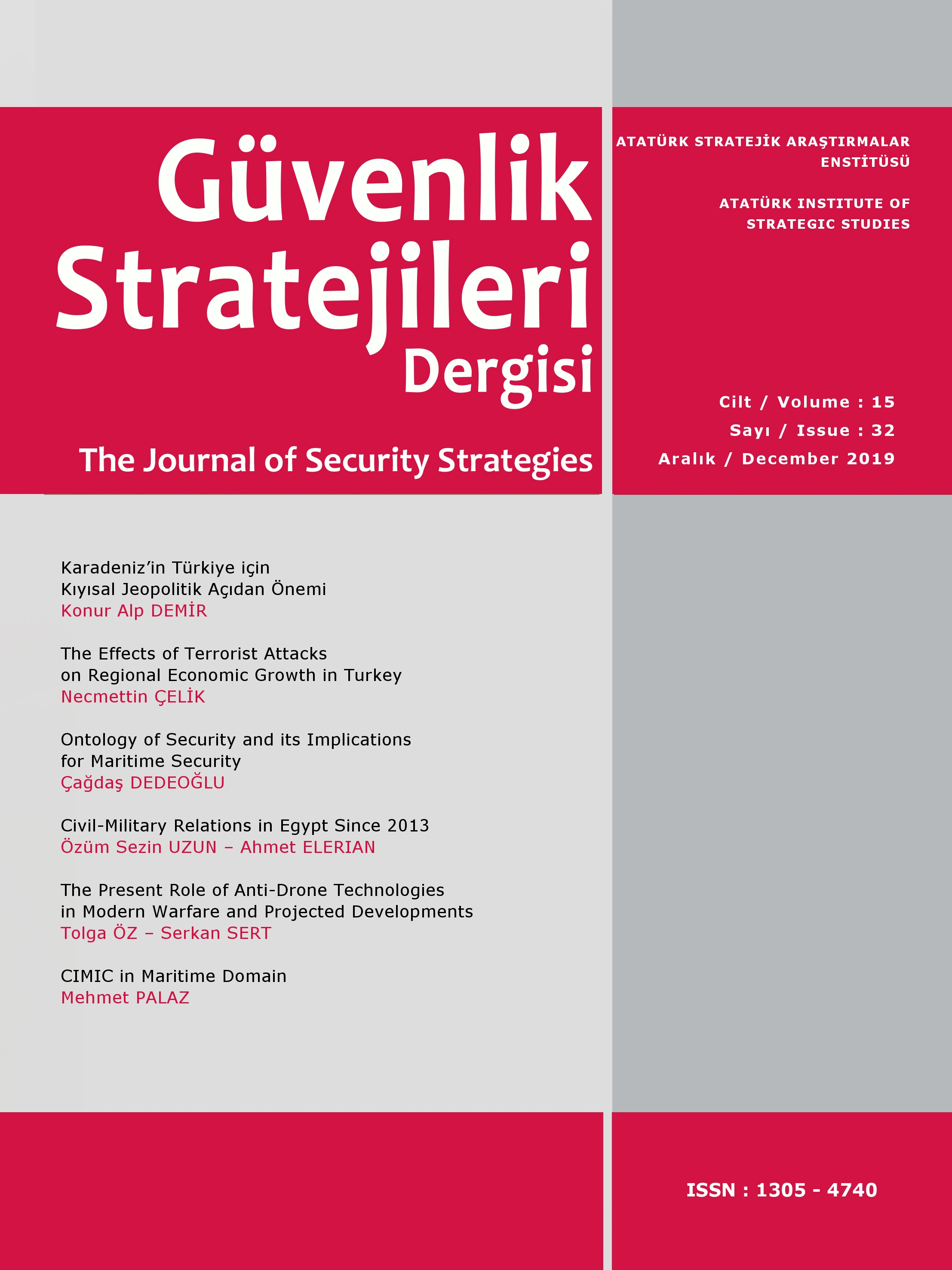 Summary/Abstract: A substantial number of state and non-state actors have published strategies for maritime security and governance in the last decade. These strategies have been criticized in the sense that they do not reflect the ever-changing nature of security context. The critics mostly deal with adaptation to new risks and threats from an anthropocentric perspective. This study instead focuses on the comparison of the classical and post-classical ontologies of security. It assumes that the classical ontology of security enables certain assumptions while ignoring others. Thus, an ontological critique appears to be a necessity to address the security concerns of the complex global security context adequately. With this, this paper contributes to Christian Bueger’s maritime security matrix from a paradigm-oriented approach. As a result, the paper makes a case for the post-classical ontology of security and defines its main features as diffusion, interrelation, adaptation, non-linearity, and inclusiveness. This paper concludes that the ontological turn would be an asset for sustainable maritime security governance.