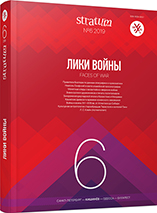 Summary/Abstract: The Early Christian monastery near the locality of Slavnata Kanara arose during the Late Roman Empire and was destroyed during the Avar-Byzantine wars after 569—570 AD. Traces of these dramatic events are documented by two hoards of early Byzantine coins. The first one consists of 1,220 coins buried in an amphora. At the moment, 1,176 coins have been entirely or partially identified. By denomination, 1,007 (85.63%) coins are decanummi (518—566 AD), 165 (14.03%) are pentanummi (518—565 AD), one is 16 nummi, one is 8 nummi (527—565 AD), and two of them are Late Roman specimens from the second half of the 4th century. The total monetary value of the find is about 283 folles. This amount is very close to 288 folles, which is the exchange rate for a gold solidus from the period 550—565 AD. The second coin find is the part of a hoard, unfortunately pillaged by treasure-hunters. It includes 18 bronze coins of the 4th—6th centuries of different denominations and a glass weight with the image of Justinian I, an inscription and a monogram. The deposited collective finds mark the end of the Early Byzantine horizon. The composition of the first hoard (different bronze denominations minted in various mintmarks in different years, including rare types) shows that the money supply of bronze byzantine coins in the region had been regular until 565—566 AD, but was interrupted shortly after 569—570 AD. We suppose it could be alms hidden during the attack, which caused the death of the monastery.