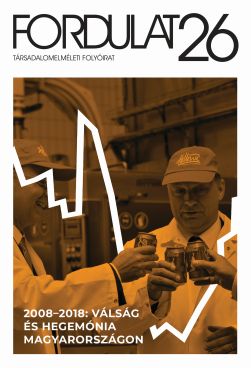 Summary/Abstract: This paper analyses how workers and wage labour in Hungary are embedded into relations of global capitalism. We argue that it is the long downturn - starting with the crisis of the 1970s - that offers a critical historical perspective in understanding current Hungarian capital-labour relations. Situated in the semi-periphery of the world-capitalist system of production, a characteristic feature of the crisis in Hungary is that the state has central and instrumental active role especially in creating short-term labour policies and more generally, regulating production. The article discusses, first, the effects of the 1970s crisis on Hungarian workers, in terms of the systematic interdependences of wage labour, the ‘second economy’ and social reproduction. Second, the 1990s are framed in how workers and labour were re-embedded into global capitalist relations after the change of regime. Third, the 2008 crisis and its aftermath is conceptualized with two interrelated processes: the growing exploitation of wage labourers and the social distinction of non-wage-workers. These aspects are explored further in two empirical chapters, one on the intensification of work in the automotive sector after 2008, and another on the ethnicization of the (non-wage) worker population.